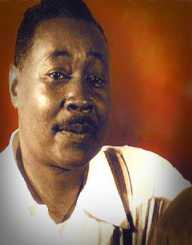 Festus Claudius "Claude" McKay was a Jamaican-born writer and poet and an influential figure in the Harlem Renaissance. Born on September 15, 1889, he gained fame with his novel Home to Harlem, 1928, which became a best-seller and won the Harmon Gold Award for Literature.

Festus Claudius McKay was born on September 15, 1889, in Nairne Castle in upper Clarendon Parish, Jamaica as the youngest child of Hannah Ann Elizabeth Edwards and Thomas Francis Mckay. His father was from an Ashanti descent in modern Ghana while his mother was of a Madagascan descent.

He received early education at Mt, Zion Church at age four. At the age of nine, he moved in to stay with his elder brother Uriah Theodore, a teacher, for former education. Young McKay became an avid reader of literature, philosophy, science, and theological works. This influenced his early writing of poetry.


Life in the United States

In 1912, Claude McKay migrated to the United States to continue his education at Tuskegee Institute. Shocked by the high level of racism that greeted him on his arrival in Charleston, South Carolina, he decided to write more poems challenging the state of affairs. With his hatred of the "semi-military, machine-like existence there" he left Tuskegee for Kansas State University. He later dropped out of school and moved to New York City.

Claude McKay was heavily involved in politics joining the Industrial Workers of the World and became part of a group, who were unhappy with the Marcus Garvey nationalism ideology and the NAACP middle-class reformism. Other members of the group included writers Cyril Briggs, Wilfred Domingo, and Richard B. Moore who later founded the semi-secret revolutionary organization, the African Blood Brotherhood. He embraced Socialist ideology and joined several socialist clubs.

Life In Europe and North Africa

Claude McKay left the United States for London in 1919. While in London, he engaged in several socialist activities and joined several clubs including the International Socialist Club, and the Rationalist Press Association. He wrote for the Workers’ Dreadnought. He was at the Communist Unity Conference that gave birth to the Communist Party of Great Britain. He also travelled to Russia and later to Morocco, a journey he chronicled in his autobiography A Long Way from Home. He returned to the US in 1934 and became a US Citizen in 1940. He also left Communism.

Claude McKay published his first book of poems, Songs of Jamaica in 1912, and it was the first poem published in Jamaican Patois dialect. He followed it with Constab Ballads, 1912. He wrote several other poems, novels, and essays after moving to the United States in 1912. Under the penname Eli Edwards, he wrote the poem The Seven Arts in 1917, at a time when he was working as a waiter on the railways.

Two years later, Claude McKay met Crystal and Max Eastman, producers of The Liberator journal. McKay served as a co-executive editor for the journal until 1922. During this period, he published some of his famous poems, If We Must Die and Red Summer. McKay became involved with the Harlem Renascence during this period. His acclaimed novel, Home to Harlem published in 1928, received critical acclaims and won the Harmon Gold Award for Literature. The book, which also drew criticisms from many, depicted the life in Harlem as an area full of prostitution, drug use, and other vices.

Claude McKay followed it with Banjo, 1929, Banana Bottom, Gingertown, 1932, and the autobiographies A Long Way from Home (1937) and My Green Hills of Jamaica (published posthumously in 1979). Other works include Harlem: Negro Metropolis, 1940, a collection of selected poems, 1953.

Claude McKay married his childhood lover Eularie Lewars. He was perceived as a homosexual, despite not attesting to that fact personally. He had relationships with several men and women including Josephine Herbst, who claimed he infected her with syphilis.

McKay converted to Catholicism in 1942 and since then worked for the Catholic youth organisation. He died at age 58 on May 22, 1948, from a heart attack. He was interred at Calvary Cemetery, Queens, New York.