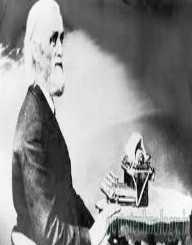 Christopher Latham Sholes was born on February 14, 1819, in Mooresburg, Pennsylvania, USA. His parents were Catherine and Orrin Sholes. He also had several siblings.

In 1837, Christopher Latham Sholes moved out of his parent’s home and moved to Wisconsin. Two of his older brothers (Charles and Henry) lived here and were publishers of the Wisconsin Democrat, a newspaper. They had offered Christopher Latham Sholes a job here, which he was all too eager to accept. He worked here for two years, building valuable newspaper experience.

In 1939, he moved to Madison. Here, he worked for the Wisconsin Enquirer as an editor. This paper was in part owned by his brother, Charles, who had helped him to get the job. He worked here for some time before moving to Southport. Here, he worked as an editor again, this time for the Southport Telegraph.

In 1848, Christopher Latham Sholes took his interests out of the paper and started to look for a career in politics. In the same year, he became a state senator in Wisconsin (Democratic Party). He held this post until his term was up in 1849.

After working for the Senate, Christopher Latham Sholes began working for The Kenosha Telegraph, which was founded in 1850. This paper’s first run only lasted until 1854. However, it was later reopened later and renamed several times.

In 1852, Christopher Latham Sholes was in politics again, working as an assemblyperson for the Free Soil Party in Wisconsin. He held this position for one term, until 1853. Three years later, he again worked as a senator for one term. However, this time he was a member of the Republican Party. During this time, he also worked with several Republican newspapers.

During the Civil War, in 1863, he was inducted as the Collector of Customs. His term in this post lasted four years.

Christopher Latham Sholes and Soule were now accompanied by an inventor, Carlos Glidden, to improve upon the Pterotype. When completed, their first draft of the invention had all of the letters, but only the numbers 2-9, as they figured the letters O and I looked close enough to the numbers 1 and 0. This invention also looked more like a musical keyboard than a computer keyboard when it was first made. The invention was officially patented in 1868. The keys were laid out as shown below.

Even though the typewriter was good enough, one rich customer, James Densmore, thought it could be improved even more. He worked with Christopher Latham Sholes to get the job done, paying for most of the changes himself. Christopher Latham Sholes former partners would later be paid for their work, even with the changes. In 1874, the new and improved typewriter was patented and sold. It was called the Shole-Glidden. It was with this typewriter that the QWERTY style of keyboard was made as well. It had to be made so, as people were typing so quickly that the keys would often get jammed. The mixed up letters, no longer being in alphabetical order, helped typers to slow down, which made jams less common.

Christopher Latham Sholes married Mary Jane McKinney in 1840. Together, the couple had ten children. Their marriage ended with Shole’s death.

In 1881, Christopher Latham Sholes was diagnosed with tuberculosis, an ailment that took many lives in the 1800’s. He suffered from the ailment for almost a decade before dying from it on February 17, 1890. He was 71 years old when he passed away.