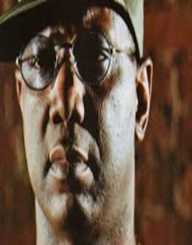 Chaz Williams is an American criminal who has been incarcerated many times due to robbery. Despite serving time, he continued to organize robberies from the inside, which led him to a longer sentence.

Chaz Williams was born in Harlem, New York as Charles Williams to a World War II veteran father and a housewife mother. Williams was the middle child of three children, and when he was five years old, the family relocated to Jamaica, in Queens in one of the 40 Projects.

His family’s relocation to Queens exposed the young Williams to segregation. As a result, it deeply ingrained in his mind the inequality the African-American community has suffered from society and the local government.


A Determination Rooted in Anger

Seeing how his fellow African-American people are treated, Chaz Williams set his eyes on getting back at the very people who made his community suffer: the American system. In a way, he viewed it as retaliation to the system and the people at power.

At the age of 12, he executed his first crime, which was a drugstore robbery. Despite being captured by local authorities and held at a youth facility, it did not waver Williams to continue with his law-breaking spree that will last until his adulthood.

Throughout his life, Chaz Williams spent numerous times in and out of jail due to his continuous robberies much to the frustration of his family. He was kicked out of school multiple times due to the continued lousy behavior that his parents sent him to Florida to live with their relatives.

The new environment did not hinder Williams, and he continued his petty crimes, which ended up with his grandmother’s growing frustration. Eventually, he was returned to New York when his grandmother’s patience ran out.

Chaz Williams received his first long term service in a juvenile detention center for yet again breaking the law. He was supposed to serve for 18 months, but he managed to plan and execute a successful jailbreak. He fled as far as the border between US & Canada but got caught for robbery again.

Chaz Williams served at Montreal’s Prison de Bordeaux at the age of 17, and upon his release, he decided to rob federal banks. In his mind, he saw it as taking back what the federal government neglected to give to his fellow African-American citizens.

He was put behind bars once again when one of his accomplices for robbing the bank revealed his and the other accomplices' identity to plea bargain. Williams was arrested again and was sentenced to serve his time in Michigan, which he took badly. He became violent and on occasion, stabbed fellow inmates and even assaulted officers.

While still incarcerated in Michigan, the prison system developed a program of which the inmates can attend local universities outside prison. One of his crew managed to obtain the documents that outlined the process and requirements of the program. By doing so, they managed to enter their names in the roster of student attendees.

But instead of attending classes, they returned to their robberies and crime. Their activities drew suspicion from a prison bus driver who informed the authorities which would have prolonged Williams’ sentence. However, the prison bus driver refused to testify for fear of safety, and Chaz Williams was released after completing his term.

Upon release, Chaz Williams was dead-set on not being caught again; hence, he recruited crew members and trained them for a speedy robbery. Their common crimes would only lead up to a minute or less, which left the police no time to chase them. But regardless of the training, he did to his crew; he still got arrested eventually for his crimes. Williams was charged with attempted murder, robbery, and assault.

The prison bus driver who refused to testify on his previous crimes finally did so and gave his testimony. His testimony landed Williams a 25-year sentence. His sentence went up to 95 years when a crew member of his revealed his role in the robberies they executed.

With a lot of time in his hands, Chaz Williams continued taking his education where he eventually earned his bachelor’s degree. He managed to negotiate his sentence from 95 years down to 15 years with supervised parole of 7 years.

Upon release, he put his business degree to use by establishing Black Hand Entertainment, a management company that handled several aspiring musicians that included Foxy Brown, Prinz, and 50 Cent. Williams currently resides in his home in New York where he continues to manage Black Hand and has involved himself in outreach programs for prisoners.