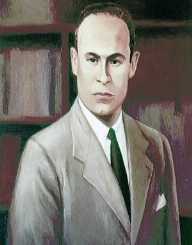 Charles R. Drew was born on June 3, 1904, in Washington D.C., USA. His parents were Nora Burrell and Richard Drew. He also had several siblings.

As a teenager, Charles R. Drew attended Dunbar High School While here, he played many different sports, including basketball and football. He excelled in all of the sports that he played in school, which earned him a scholarship to attended Amherst College after he graduated from high school.

In 1928, Charles R. Drew returned to school, but this time he attended McGill University. While here, he pursued a medical degree. He later graduated from this school with both a general MD and a Master of Surgery degree in 1933. After this, he worked on his residency at both Montreal General Hospital and the Royal Victoria Hospital, both located in Canada. He later moved back to the United States to work before continuing his education again.

Charles R. Drew returned to school again in 1938 with the aid of a Rockefeller Scholarship. With this scholarship, he was able to attend Columbia University. While here, he also trained at the Presbyterian Hospital and worked on the independent research. The bulk of his research was on the subject of blood transfusions. While attending Columbia University, he worked alongside John Scudder. Together, they learned how to better preserve blood plasma when it was separated from other blood cells.  He later graduated from Columbia University with a Ph.D. in 1940.

After earning his bachelor’s degree, Charles R. Drew began teaching biology and coaching sports at Morgan College. He only did this until he had enough money to return to school.

While working on his residencies in Canada, Charles R. Drew began his research on blood, namely blood transfusions. He would pause this for some time while pay in school, but he would return to studying the subject later.

When he moved back to the United States, he began working at Freedman’s Hospital in Washington D.C. he worked here until he earned a fellowship to study at Columbia University. While at this school, he resumed his studies on blood transfusions.

After graduating from Columbia University, Charles R. Drew became a member of the American Board of Surgery (1941). Throughout the 1940’s, he continued to focus on his research relating to blood transfusions. He was working professionally with the British during World War II. During this project, he helped the British find safe ways to transport bloody without it spoiling. He also helped to make it easier for people to donate blood, keeping stored blood healthy, and distributing it to those in need. This project was later dubbed Blood for Britain.

Charles R. Drew had some honorary degrees from colleges all over the United States (mostly posthumously).

Charles R. Drew married Minnie Robbins in 1939. Together, this couple had four children. The marriage sadly ended with Drew’s death.

Charles R. Drew died on April 1, 1950, in North Carolina, USA. The cause of his death was injuries due to a car accident. He was only 45 years old when he passed away.

Postage stamps with Drew’s face on it were circulated in the United States in 1981.

Dozens of elementary schools, high schools, colleges, and medical schools, including Charles R. Drew University of Medicine and Science is named after him.

The Charles Richard Drew Memorial Bridge is also named after him.