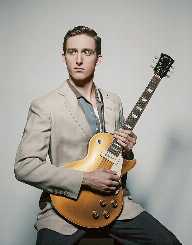 Talk about the rock music, and you will remember this famous musician, Carl Lee Perkins. Carl Perkins alias the ‘Father of rockabilly’ is famous all over the globe for his music. He is an American musician and songwriter who is deemed to have influenced a whole new generation of rock musicians and to also motivate them towards the same. He is most famous for his biggest and even the highest selling single hits of his career in the year 1956, i.e., Blue Suede Shoes.

Carl Perkins was born on 9th of April in the year 1932 in Tiptonville, Tennessee to sharecroppers Buck and Louise Perkins. He was the middle child of the family with one elder and one younger brother. He along with other family members used to work for a few hours in the cotton fields after finishing the school every day. His passion for music started very young when he was still a teenager while listening to the music on the radio with his father on the weekends.

Carl Perkins' parents were sharecroppers, and his childhood was not comfortable. He belonged from an impoverished background regarding money because of which he and his younger brother Clayton and older brother Jay had to work in their earlier years in cotton fields after coming home from school. They all earned barely enough to survive, and all of them lived under the shack. His passion for music grew when he was gifted a second hand Gene Autry model guitar bought by his father for a couple of dollars from neighbors, but there was no teacher, so for the lessons, he went to a local sharecropper, John Westbrook.

Perkins like his father liked country music and then formed a band with the other brothers and they started playing for small clubs around Jackson, Tennessee. Perkins was just 14 years old when he began playing at clubs. The band was further expanded by the addition of another younger brother Lloyd who was a bass player for the group. This places at which the band used to perform were famous for its fights, and by working there, all these brothers were also known as fighters.

As they were getting famous day by day, they started performing for other taverns as well.

Carl Perkins got married to Valda Crider in January 1953 while he was still working at a bakery as a part-time job. Then it was his wife that pushed him to follow his passion for music and to become a full-time musician as she also had her job and because of the same Carl and his band started performing six days and week and even started recording their songs on tapes which they would send to various companies for auditions.

The final nail was put, or the game-changing situation was when Carl Perkins heard the Blue Moon of Kentucky by Elvis Presley in the year 1954 which motivated him to shift to Memphis, Tennessee along with his band. He also managed to give the auditions for the Sun Records owned by Sam Philips, the same company which released the Presley’s hit song. There Carl realized one thing, i.e., the type of music Carl and his band played was for the first time appreciated by Sun Records in Presley’s song.

They got through the auditions and the first single track for Carl Perkins that released was Movie Magg with the Sun Records. The idea for one of the biggest hits given by Carl was given to him by Johnny Cash while they were on tour with Presley. Considering the same, Carl sat down to write lyrics for the same song following a show late at night on a paper bag and took just two takes for recording his most successful hit.

The fame that Carl Perkins deserved especially after a huge hit was cut short when Carl and Jay met with an accident while traveling to New York City for a performance on 22nd of March, 1956 and both suffered severe injuries. He even tried giving a second chance to his career after the accident by breaking allies with Philips and signing with Columbia Records hoping for fate to change, but unfortunately, nothing outstanding happened for him.

In the later years, Carl Perkins was diagnosed with a brain tumor and died in the year 1998. He had a long career where he could not ultimately materialize his fame, but he was an inspiration for the upcoming generations.