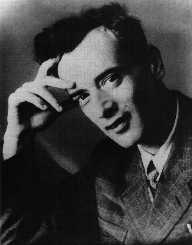 In 1927 he graduated from the California Institute of Technology with a B.Sc. degree in Physics and Engineering and a Ph.D. in 1930.

His doctoral thesis concerned space distribution of photoelectrons ejected from various gases by X-rays. In the early 1930s, he worked with Professor Millikan on cosmic rays which led to the discovery of positron. In 1933 he worked with Dr. Neddermeyer and obtained direct proof that gamma rays from the THC” generate positions in their passage through material substances.