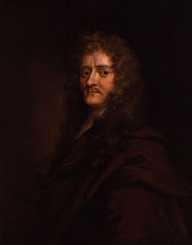 Baltasar Gracian was born on January 8th, 1601. His place of birth was Belmonte located in Spain. He was raised by his priest uncle in the city of Toledo. He formed a great basis for Gracian’s later spiritual life. His father was a doctor/physician. He had three brothers namely: Felipe, Raymundo and Pedro. His longtime friend to be was Don Vincencio de Lastanosa. He later published most of Gracian’s work later as his primary publisher.

Baltasar Gracian studied Greek and Latin in 1619, and this is when he also joined the Society of Jesus. In 1621, he joined a Jesuit school where he studied till 1623. He also studied theology at Zaragoza. In 1627, he was ordained. In 1633 he took the vows of Jesuit s and since then took many lessons in a number of Jesuit schools. Later in 1635, he took his final vows.

In 1637, Baltasar Gracian had completed writing Oraculo manual y Arte de Prudencia or The Art of Worldly Wisdom. The book was later translated into English in 1892 by Joseph Jacobs. In the same year, he also published El héroe (The Hero).

Later in 1640, El político Don Fernando el Católico or The Politician King Ferdinand the Catholic was published. It was followed by El Discreto or Prudent Man of 1647. Shortly after, Agudeza y Arte de Ingenio or The Mind's Wit and Art followed in 1648.

Baltasar Gracian also wrote a series which was released with the title Criticón or Critical man in 1657. His exile immediately followed this. His superiors were outraged by the series and set him to exile to Graus. He died shortly after in 1658.

On January 8th, 1601 Baltasar Gracian was baptized. This took place in Belmonte de Gracián in the kingdom of Aragon.

Baltasar Gracian breathed his last on December 6th, 1658 at the age of 57. His death occurred in Tarazona, Aragon, in Spain and he was laid to rest there.