Poltergeist comes from German and literally means “Noisy ghost”. In general folklore a “Poltergeist” as we now know it was simply known as a troublesome, sometimes violent spirit that seemed to haunt people rather than places.

They are a universal phenomenon, sighted all over the world, in Western Europe, in Asia, in Australia, in North America and at all different periods of history. Often times they may simply make noises, other times they may cause havoc with households.

There are many purported true stories of poltergeists making life literally living hell for house occupants.

But what causes these strange “spirits”? 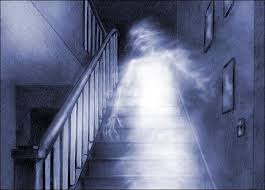 The possible causes put forward for the source of Poltergeists are:-

It is worth exploring this possible cause more since in true life cases such as Janet in a true life Poltergeist haunting in England, the activity only occurred for a period of time. In Janet Hodgson’s case known as the Enfield case (See https://dailym.ai/1iiAUHw) in the period 1977-78, in a time period in which her and her siblings along with her mother had just separated from their father.

In her case a grumpy old man in the form of a Poltergeist somehow channeled his discomfort through Janet! Is it possible that extreme emotional disturbance in a person’s mind can indeed somehow make them more capable of additional sensory powers such as telekinesis (moving things), making objects appear out of nowhere and generally causing mischief in a household?

Sometimes it is thought that these types of ghosts have “unresolved issues” or have not passed into the after world in the appropriate way! In other words they have to temporarily come back into our world and then obtain closure in this world before finally returning permanently to the after world. This is depicted in many other Hollywood movies where the Poltergeist comes into the modern day world and causes considerable mischief before being assisted by well-meaning teenagers or children, who somehow have an innate understanding of lost ghosts!

6.  Paranormal writer Nando Fodor and paranormal expert link Poltergeist activity to hysteria in teenage women, as they enter puberty. However this does not explain their presence when there are no children whatsoever.

7.   Another natural cause said to possibly cause poltergeists is an unusual sudden gust of air. In the case of many parts of the world these can suddenly pick up. Well known Poltergeist sceptic Milbourne Christopher sites a 1957 case in Cape Cod. A sudden gust of wind coming down the chimney apparently blew a mirror off the wall, overturned chairs and blew things off shelves.

Perhaps some of the causes of Poltergeist sightings are natural, some slightly unusual such as the geological and subterranean influences, unknown to occupants of houses and then we have the more bizarre such as the theory that the paranormal disturbance is caused by none other than one of the observers of events, often a child or teenage girl.

Share
Previous Introduction To Galactic Astrology
Next How Accurate Are Fortune Telling Methods?