Archangels have traditionally been associated with Christianity and Judaism, following the teachings of the bible since its conception. The seven named in the Scripture are related to the days of the week in Jewish tradition and are known to be the most important angels.

In other traditions, the angels are related to the objects in the universe and astrology, the seasons, ceremonial magic and the heavenly virtues. Regardless of the school of thought that a person might be involved with, the archangels, taken to mean chief angel, from Greek, and their spiritual influence should be observed.

Throughout the ages, psychics have taken the forms of seers and prophets and have conveyed messages to essential recipients, communicated with the dead or claimed visions. In the modern day, they are regarded in many different ways and claim they have extra-sensory abilities which enables them to carry out tasks that other people cannot do.

They are able to see into the future, palm read and read auras and are able to do this with help and guidance from spirits of the afterlife, and beings with higher powers. Many psychics believe that if you regard nonearthly beings with respect and can find a way to communicate with them, that they will aid the psychics to help others and bring messages and peace. There are also suggestions that you do not have to be psychic to communicate with the archangels, and that regular people can do this through prayer.

It is believed that amongst the many tasks that archangels must carry out, that they aid the psychic people of the world to deliver messages to those who need help. They come to the aid of the medium by giving accurate information and help their clients as much as possible. They act as spirit guides (although higher ranking than other spirit guides) where their job is to direct humans and provide help if they can. It is said their very presence in the room is warming and peace-making, as their intentions are so pure, they harbor no negative energy.

There is an intimate guardian angel type relationship between psychic and angel, which is often said to be lifelong and sacred. It is also thought that each person is assigned a guardian angel at birth, and these are often archangels; through a psychic, a person can communicate with their guardian and learn how to go about taking the best past in their lives or how to overcome adversity.

Michael – the closest archangel to God. This is the same in every tradition and he is often likened to God as his purity is so rich he was able to beat Satan. He is associated with the air element, as his innocence gives him the same lightness. He guides and leads the other archangels. His speciality is aiding those who need it, to rid themselves of bad energy, which opens the door to receive spiritual conveyance. He can give guidance to protect people against mental hardship and help them to deal with attacks from those who will, or intend to ruin their spirituality.

Gabriel is often known as the second in command. He is an active member of the group of archangels and signifies courage and communication. He is the archangel designated to help those with extra abilities find their powers and come to terms with them. He can get them to understand what they are capable of and show them how to use them. By this, he essentially supplies the earthly world with people who can deliver the messages of his brothers. He is also helpful for those who need to overcome fear or procrastination; he will inspire the courage for you to undertake what you have been scared to do.

Jeremiel is associated with mercy. He gives people important information by showing them visions, in dreams or otherwise. By doing this he can show people their possible futures or the futures of others. This also helps psychics give accurate readings to clients, as they will be able to read more clearly with a visual depiction. He can show people who they indeed are by showing them through the eyes of others, allowing us to stop and take stock of who we are and what we are doing. He reveals the unsolicited truth, which we often need but are unable to get.

Haniel is known for her grace. Working with extra-terrestrial tools – planets and stars, she harnesses these energies and directs them at psychics, so they have enough energy resources to carry out the works for their clients. She can also alert humans, so they become aware of their abilities, to ensure the heavenly gifts are not wasted. The full moon is the appropriate time to ask Haniel for help as this is when she is at her strongest. As a female she is also exceptionally good at meeting the needs of women.

Raziel is concerned with secrets. He is able to reveal a person’s innermost secrets to them, including the secret gifts that they may possess. Through doing this, people become able to understand themselves full and achieve a higher level of mental consciousness, with Raziel’s help. He can heal memories and trauma that we have kept a secret so that they do not hinder the future. 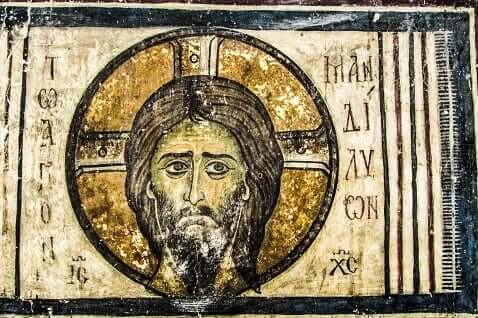 Raphael can help those who contact him by healing them, but he will not become involved unless asked. He is able to help animals and humans. It is said that it is best to contact him at night, just before you go to sleep, so you are in a peaceful but vulnerable state, so the internal wounds that need healing are bared. His healing is subtle, and one may not always notice it immediately, but it is happening. He is also able to ensure smooth travels for those who fear it, ensuring safety during time away from home.

Uriel is known for his knowledge and practicality but is generally a mystery. He can give people wise solutions, or suggest a path to solve a problem or divert a terrible event. With his help, you will be able to lead a prosperous and straightforward life, where the solutions to your questions are logical.

With or without the help of a psychic the archangels are there for you if you need them for anything. However, if you require an obvious message, perhaps enlisting a psychic to help you decipher, is a good idea. These are not all of the archangels. Probably there will be one not listed that is your guardian angel?

Share
Previous Are Women More Psychic Than Men?
Next 7 Ways A Psychic Reading Can Be Beneficial