Tattoos are a lifetime commitment, so you’ll want to make sure that you’re getting something that means something to you. That’s not to say that you can’t get something tattooed on your body just because you think that it looks cool. While that is a perfectly good reason to get a tattoo, it’s kind of cool to know the symbolic meaning behind your tattoo as well.

This article will be all about the symbolic meaning behind angels. Many people get angel tattoos because of their religion or because they think that it looks neat. No matter what your reason is for getting an angel tattoo, or even just thinking about getting one, it’s always interesting to learn a little more about the symbolism behind it. Who knows? You might even like your tattoo a little more after learning more about its symbolism. 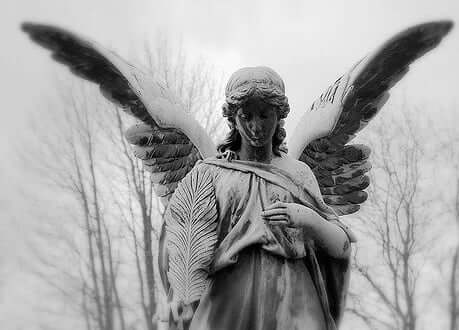 Even if you are not religious, you have probably seen a picture of the stereotypical angel. They are usually very strong men or women-like creatures with large feathery wings. These angels were the devoted followers of God. They did everything that He asked of them. They were the protectors of Heaven and man. They were more like warriors than the harp-players that are depicted in paintings. Of course, there were some guardian angels that went bad, like Lucifer and his followers. But the average angel tattoo is not meant to depict these rebellious angels.

There is little to no proof that there actually is a God or angels. Many things in religion often don’t seem to make any sense. So, how do good people still manage to believe in a God who they cannot see? By faith. The spiritual angels are perfect symbols for faith, devotion, hope, trust and love. All these things are needed if you are to be a good person.

All religions have one thing in common, and that is faith. If you do not have faith, then you cannot rightly have a religion to follow. The angels believed in God with all their hearts and they would follow him until the end. Angels are such a great representation of religion. If you are a highly religious person, then an angel tattoo will suit you well.

Other things that angels symbolize are intelligence and strength. Because angels are with God, they are bound to know more about the workings of the world than humans do. They have other-worldly powers that human minds could never even begin to comprehend.

Then there is the strength and power element to the angel symbols up above. They are much stronger than any human, and this is why they were made to protect us. The otherworldly and divine power makes up the angel’s being. Although the ministering angels have all this power, they are not abusive (ignoring the rebellious angels) they use their powers to protect and serve. They have a sort of innocence and purity surrounding them.

If humans were more powerful, more intelligent, and more pure, then they would nearly be archangels as well. Angels are great symbols for all of these things. If you believe in a higher power, or even a change of being a better person by taking on some of the traits of the angels as your own, then an angel tattoo might just be perfect for you.

No matter why you want an angel tattoo, or why you got one before, I hope that this interesting bit of symbolism can help you to appreciate your tattoo a little more. Angels hold some beautiful symbolism within them, and they’ll make a beautiful piece of art on your body, just like they grace paintings and buildings as well.