6 Things Men Can Learn From Women

Viva la difference! Yes, men and women are different and what a boring world it would be if they weren’t. But who says the sexes can’t learn from each other? It makes sense for men to see what women are really good at and how they might learn to use those skills. Here are a few patently female abilities that men could benefit from.

Things Men Can Learn From Women

Women are naturally tuned in to non-verbal communications. They use this ability to read between the lines and respond accordingly. The ability helps women navigate social and business relationships. They develop stronger and more loyal bonds because they can get on someone else’s wavelength. Men can learn this skill and benefit greatly.

Women get credit for being more intuitive, but men can learn to do the same thing. Just be more aware that a person is communicating far more than words. Listen to the tone of voice. Look at their face and body language. And pay attention to how your words and actions affect them.

If you get a response that you didn’t expect, don’t just throw up your hands and think, “How can I deal with crazy people?” Instead, think about why you might have gotten the response you did and see if you can identify the clues you missed.

Men tend to be greater risk-takers than women. Men generally have more confidence in their ability to handle unknown risks. But this confidence can encourage them to risk money, career or health unnecessarily.

Females are more circumspect when faced with risky options. They will worry about the outcomes and look for the safest alternative. This approach keeps them from making the big wins, but also suffering the big losses.

Guys can learn to notice when their confident egos are pushing them toward a risky venture.It can be investing in a start-up, planning to run a marathon or toying with an adulterous affair.

If men can consciously take a few minutes to worry about the likely outcomes, they may save themselves and others a lot of heartache. At the very least, they will go into a risky situation with eyes wide open.

#3. Learn to keep your options open

Men have a natural ability to focus on one thing at a time. It works great for getting things done. And for missing other opportunities. Women are more likely to be aware of other things even while focused on one.

For example, if a man wants to have work done on his house, he will call a contractor, tell them exactly what he wants, get the estimate, and have the work done. In the same situation, women will likely call in more than one company for an estimate. They will find out what else the company can do.

Maybe there’s a chance for a good deal on a large project. Maybe they can get other projects done, too. They’ll stay open to possible discounts if they use certain materials or can have the project done during the slow season. They’ll take longer to get the whole job done, but they might find an opportunity a man would miss. 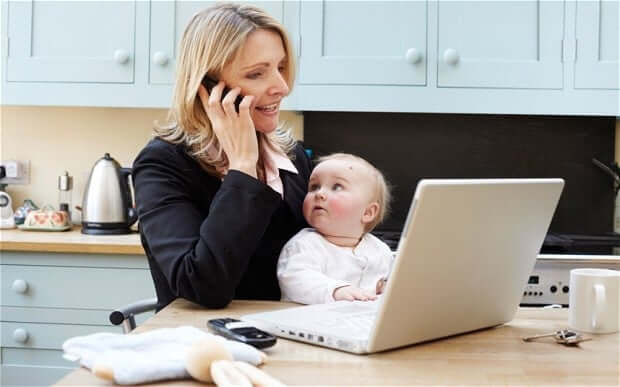 Men invest a lot of their self-esteem in their earning potential. Much of this tendency comes from their traditional roles as the breadwinner. Women, on the other hand, have traditionally filled the non-paying roles in the family, and as these two roles start to merge and blend, men have a great opportunity.

Women have long understood the rewards of taking care of family and home. They understand that you don’t have to be paid in order to feel great about what you do.

Men can open up new opportunities for themselves by looking for such rewards as well. They might even find some volunteer or low-paying work that makes them much happier than the high-paying job. After all, isn’t money there to buy things that make you happy?

Men love to take the lead, make the decisions and hang the dissenters. And sometimes, this kind of take-no-prisoners approach works great. But more and more often, women are showing that their tendency to recruit others, share, and compromise works more effectively in the workplace and the home.

Women will rarely take a “because I said so” approach when trying to get a project done. They will solicit others’ opinions and take them seriously. They’ll work to build consensus before moving ahead.

This process can slow a project way down and make men crazy with impatience. But if men can learn to incorporate some of these strategies in their leadership and personal relationships, they will find others happily willing to follow them.

Most cultures slap a social taboo on men who give in to their emotions. Men are taught early on not to cry or lose control. Women, on the other hand, are encouraged to let their emotions run loose.

No one wants to be a basket case all the time, and there’s no reason why men have to share their emotions with others, but if they are constantly swallowing their feelings, they could come back with a vengeance.

Men who find themselves angry much of the time or who explode sometimes for no reason have probably been ignoring emotional issues. If men can learn to accept their emotions and not judge themselves for having these emotions, they will spend much less time lashing out angrily.

These traditionally female abilities will not come naturally to a lot of men, but those men who try out these skills and develop a few will reap incredible rewards.