Blue Star Wicca was created in the mid 1970’s, originally established as a single coven in Pennsylvania. It grew over the next couple of decades to become a network of well over a dozen covens all practicing a recognizable framework. The blue-star portion of the name is representative of the blue septegram that is the symbol of the tradition.

The founder of Blue-Star Wiccan tradition was Frank Duffner, who along with Tzipora Katz and Kenny Klein, helped to establish the faith across the country in a number of different branches. They were traveling musicians, and as part of their travels would have small study groups across the US in brief visits, and later by cassette and phone call.

The group is primarily organized as a hierarchical, mystery-based Pagan tradition that was inspired by and has roots in the Alexandrian tradition. Most covens use the grove system established by the first Blue-Star coven.

There are two degrees available prior to initiation, dedication, and neophyte. There is no compulsion to advance beyond Dedicant. But neophytes are intended and expected to begin their teaching and move on past that point. This leads to a complete listing of all possible ranks including dedicant, neophyte, first degree, second degree, and third degree members of the coven. 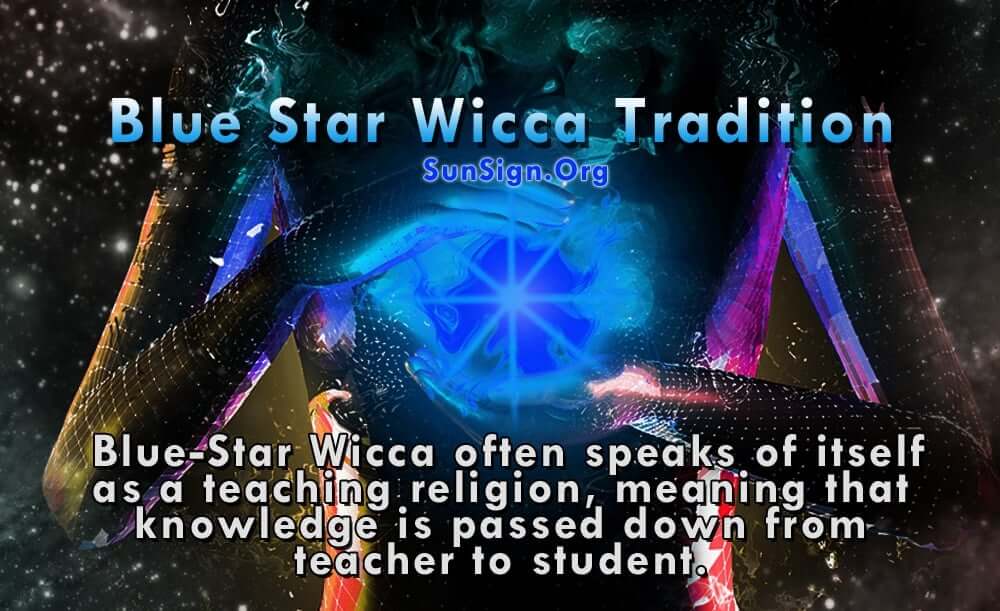 There are 11 core beliefs of Blue-Star Wicca, being as follows:

Blue-Star Wicca often speaks of itself as a teaching religion, meaning that knowledge is passed down from teacher to student, rather than produced in any written format. Priests and Priestesses of the second degree are considered clergy, and are responsible for ministering and teaching students of lesser degree. Third Degrees along may perform initiations into the tradition.

Share
Previous Back In The Market: 10 Tips To Start Dating Again After A Breakup
Next I Do? Not Yet! How to Get Her to Commit