Isis symbolizes the mother and goddess of nature. She is a protector of children, the poor and the dead. She is the daughter of Geb and Nut and sister to Osiris, Set, and Nephthys. She married her brother Osiris and together they had a son named Horus.

Isis also acts as a protector during childbirth. In her mythology she is said to have put Horus back together again after her brother Set murdered him. Isis zodiac sign is the sixth in Egyptian Astrology. 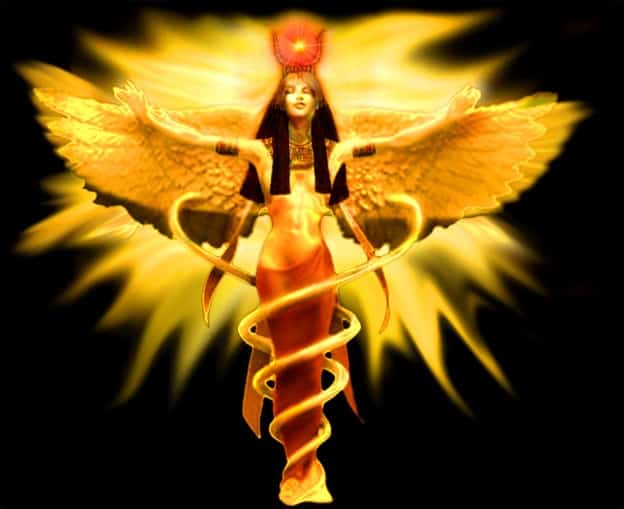 The Isis Egyptian zodiac sign people are very to the point and straight-forward. They speak in a direct manner to get their point across with no misunderstandings. Some people may think they are too blunt and open while others may prefer their direct style of communication.

They are motivated by having love in their lives. They are confident in their love lives. They make seek out romantic relationships where their partner is adventurous and carefree.

They have a lot of energy and prefer many different choices of things to do in their life. They like to keep things light and playful. They are good communicators who love to give advice to others.

The Isis people have a good sense of humor which attracts others to them. They are protective of their friends and family and have honorable and well-meaning intentions. They are often sought out by their family and friends to lighten problems and bring humor to stressful situations.

They Egyptian goddess sign Isis are determined to make sure that all their goals are met and all their ambitions come to life. They won’t let any obstacle stand in the way of them achieving their goals. They have luck on their side to gather all the resources they need to help them.

They may be drawn to careers that relate to their rational thinking and social ambitions. They also have a good sense of balance and are able to discipline others if it comes down to it. This can make them good leaders or supervisors. They may choose careers in art, marketing, or entertainment.

If problems arise they are able to easily find solutions and overcome any obstacles. They are good communicators, work well in teams and they are very self-sufficient. This makes them popular with many friends and lots of admirers.

The Egyptian horoscope sign Isis can be too demanding towards other people. This could be a big put-off for those trying to help them or those in a relationship with them.

They need constant change or they will become restless and uneasy. This constant need for change can hinder them from focusing on one goal. Their restless nature will keep them from finishing projects and switching back and forth between too many things at once.

When things get too serious they will try to escape and run away. They are calm and laid-back and do not like to take on serious subjects or projects. This could keep them away from some opportunities in life.

When things aren’t going their way they can become withdrawn and begin to constantly obsess over things in their life. They may begin to repeatedly go over situations to see where they went wrong. The Egyptian astrology sign Isis can close themselves off from their loved ones in an attempt to correct things to their standards.

The lucky colour for the Egyptian goddess Isis sign is White & Blue.

The sacred animal for this sign is the Ram.

This Egyptian sign is compatible with the Osiris and Thoth signs.

A woman with the hieroglyph on her head.

The polarity for Isis is feminine.