In tropical astrology, the aspects between each planet have an extraordinary influence upon an individual. Already, even without the aspects, the sign and house placements of each planet influences the lives of everyone. The planets are a type of energy and the houses are a place within life that the energy is distributed most profoundly, and the sign it occupies is how that energy is channeled.

Already we have a diverse, highly complex structure, of how a personality and a life are influenced based upon these three different concepts: the planets, the houses, and the signs. This is only touching the basic way of how a horoscope makes sense as a whole.

The planets, as well as other points in astrology such as the ascendant and nodes of the moon, are set in the horoscope in certain amounts of degrees away from each other. Within the distances in the circle of the horoscope, the planets are a particular amount of degrees apart. Unless the planets are at the same degree of the same sign, making conjunction, then they have a different aspect to each other. These aspects between planets form a type of relationship.

Like all relationships, different characteristics make each one very unique. One of the first aspects that are noticeable at a glance of a horoscope is the conjunction. A conjunction between two planets is when the two planets are within 10 degrees of each other.

Some astrologers narrow down the range to only 6 degrees, but it is more common to allow not more than 10 degrees to be labeled as conjunction. When this occurs, it is as if the planets have teamed up and are working together within your natal chart. 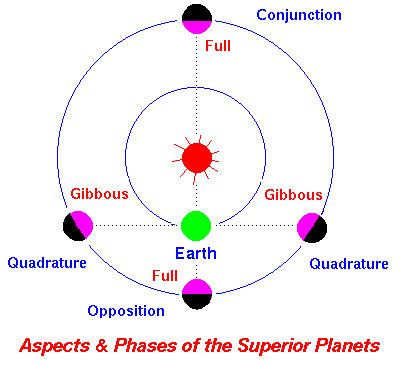 Knowing what aspects you have in your horoscope chart will help you to predict how your personality fits into a certain situation. This is predicted based on the relationship to the planets involved and the energies they create and how those energies help or hinder particular situations in life.

Know more about yourself. Find out what planetary aspects are in your natal chart. Fill out your birth information in the aspect calculator and you will receive a detailed report explaining every single aspect of every planet in your horoscope.

Individuals with too much conjunction or Stellium, are somewhat different. These people have in hands a powerful field around them that protects them from outside attacks. They are somehow supreme with Stelliums (with more than 4 planets in one sign). Blessed and instinctively feeling special, they reproduce and mutate energies locating in the same archetype celestial point, adhering to a complex pattern.

It involves the fundamental principles of holding together the key to human development as the self involves the earth around the Sun among other planets. This special key solutes with unique traits that aren’t found with other aspects because conjunction has no geometric relationship. But it shares the same mutual space. The energy is focused, strong, fatal, classically cardinal, and formidably in tune with the world’s most focused subjects.

Conjunctions work as the planets share the same sign and degrees. Their energy is expressed in double, tripled, and quadrupled. There is a holding potential, an inheritance that needs to be explored to its maximum that comes from an old lineage of the self, and needs confirmation. These people are usually affirmative and master easily an object of their desire.

Yet, it takes a hard time to realize into the consciousness of the individual the power that holds to the point of being immanent. That is because their energy is merged and unified. The planets and signs seem to be only one, complicating their discernment ability, whereas one can not identify what energy is being evoked.

Here, Aspect is one of the most powerful of them all. It is intense because planets are working together. One planet intensifies the nature of the others and vice versa.

People with too many oppositions in their chart, tend to worry too much about what people will talk about them. They take things personally as water signs do. There is a strange complexity in the air when they are around.

They fear judgment and imagine a riot before it happens, even though it is not supposed to hurt. A minimal critic may put their nervous system out of control that can last a great length sometimes. Opposition people are always at war with themselves. They have oppositions in this life so they can solve their issues alone and learn that others won’t impact them if they don’t let it happen. It is THEIR ISSUE.

But it is hard for them to understand that oppositions work together, for the same purpose. They are at the same time sharing the same animals, share basic instincts like humans. But the approach of each sign is different, and that makes them special. Opposition people have a large dimension of feelings, thinking, and sensation, and whatever the case, things are usually extreme, dramatic, and strongly expressed. Their attitude in life is rather strong, cold, or indifferent; but once they target a specific aim, their tools are known to have different kinds of poisons, indicating a person with hidden cards yet be played. Secretive, manipulative, and imprudent, the final wish is to have the terrain shaken.

Once I read an astrologer saying that she wouldn’t trust too much a person with too much opposition in his chart. Because these people are in constant combat with themselves caused by the oppositions, they become too detached from people and won’t care about hurting them. Well, I have loads of opposition in my chart and yet, people can count on me, my dear ones of course. The rest… yes, I can become a little harsh and unpleasant sometimes. This shouldn’t be understood as a false man, but one that will teach people to rely on themselves instead of projecting onto others.

Individuals with too many squares, are usually in constant tension, giving major time to adjust the scenarios. They are usually striving for some more action.

These people are very well known for their abrupt behaviors, which causes them to be stressed out to the point of having a breakdown when they reach the limit point. They need daily exercises to activate their comfortable space in mind, body, and soul. Physical health is very important for these people, suggesting a creative lifestyle full of activities to hold their tension down.

However, you always want to be around them when you want to accomplish things or need motivation because these folks have a lot! There is a sense that nothing fits the picture and life is always conspiring against them somehow. Others seem to block their objectives, yet the decision is really up to them. The tensions that are caused sometimes act as a drug to them.  They prefer to live almost on daily frustration that motivates and pulls out their best rather than a harmonious environment.  That would make them too comfortable, lazy, or even unworthy.

Squares bring great loads of stimulation, which causes them a sense of urgency. They won’t let people down when they are requested for any assignment that requires hard work, management, and undeniable arguments. Square people need to let it flow, but can’t feel that people are despising them off. They need the extremes of things and situations, but different. They need to learn to do things on their own. They are like Aries type, full of stimulus to go on their own, otherwise, others will burn.

Square in a natal chart activates your primeval instincts.

People with too much Trine in their chart tend to forget their best and the most talented self. They need to keep reminding themselves and become more aware of their hidden creative spots and what needs to be done.

Like Sextiles, the gifts come naturally but Trines have to work harder to realize such beautiful things in them. Some people look outside to see where the beauty is when they have it all along.

Trines work as supportive heaven for them, because they are natural attributes the persons have. May it be physical, psychological, emotional, or intellectual. But they need to work it out and the endowment won’t come easily. They need to realize it. Otherwise, it won’t have the special effect the Trines are supposed to have.

Individuals with loads of Sextiles tend to be too lazy and comfortable, where changing is hard and suffering. But as they learn that they are stuck in a comfort zone that is hard to break it down, Sextiles create wonderful abilities instead of owning them.

This pattern must be put into the person’s consciousness to realize how much the person could be missing while sitting back and just relaxing. Sextile people are the kindest people you will ever meet. They have empathy for people’s pain, and they feel them like Pisces zodiac do.

Their life is very lucky sometimes that it is hard to imagine things going bad for them. Although it is not because ‘Sextile’ rules over the whole chart that it won’t mean a particular life will be incredibly beautiful. It will let the negative experiences to flow as well if one let it in or by actual events that are out of their control. The thing here is to be conscious of such great and positive vibration that is experienced by this comfortable aspect. Letting the light in feel empowering for these creatures. There is an Aura that evolves that is attractive, magnetizing, or even sensual.

They are the best to have around and as friends, as they won’t ever let you down. They have this immense charisma because they are so comfortable with who they are. They aren’t touched by external influences, much like Trines, but these people love television and play video games all day long.

Some astrologers interpret Sextiles as a great KISS from the heavens.