Let me start by quoting the African proverb that states, “Monkeys play by sizes.” This proverb has proven to be very practical in real life. In our social settings, the poor relates to the poor and the rich to their counterparts.

If this concept even exists in relationships and marriages. Rich parents always insist their children marry within their class to guide their prestige and honor. But this trend changes when it comes to relationships involving a millionaire man.

In the general concept, men prefer to date women below their status to have the upper hand and feel dominant. But this is the same in the relationship of millionaire men.

1. To Feel Dominant and be in Charge of the Relationship

Naturally, every man wants to be the dominating figure in every relationship. Men see themselves as the head of the family and want to exercise that authority. When a man dates a woman with less money, he can exercise full control over the relationship.

A woman with less money may be submissive and tolerate all his whims without raising objections. However, he may not exercise such powers when dating a woman on the same level as them.

2. Someone Who Appreciate His little Efforts

Suppose people with less money are very appreciative and will forever thank you for something you did for them. But this is what a wealthy man prefers! If he wants a woman who would always say, “thank you,” even after discharging his responsibility.

He wouldn’t get the same appreciation from a rich woman because she can afford whatever she wants and wouldn’t rely on him for anything. She can compete with him in all fields when it comes to money. Therefore, she may be less appreciative. So instead, wealthy men will choose someone who will always be at their feet.

So, according to statistics, most wealthy women are in their middle to old age. Most of them are from the age 40 upwards. Even though there are young female millionaires, the number is minimal as compared to their male counterparts.

4. They Prefer Savers than Spenders

They have enough money to spend and can afford anything, but most don’t want women who spend a lot. There is no doubt that they want their partners to look classy, but they won’t spend a fortune on that. Millionaires prefer women who are “penny-wise.”Someone who does not buy things just because her partner can afford them. 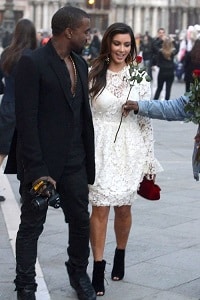 Millionaire women are spenders since they have the money. However, women with less money prefer to save instead of spending. Who will choose a spender when there is a saver?

Why should he settle on a middle-aged or old millionaire woman, full of wrinkles, when there is an attractive and good-looking woman? I don’t mean to say millionaire women are not attractive, far from that. But how many are they? So most of the attractive women you see out there are those with less income.

No man wants to date a bossy woman, whether rich or poor when wealthy women are bosses on their own and have the desire to dominate in all aspects of their lives.

So even in a relationship, she will try to dominate the man, which no one can tolerate. So instead of dating a bossy wealthy woman, a millionaire man would choose someone he can control.