This Japanese Astrology Compatibility Calculator is a love test based on blood types. Analyze your relationship with your potential partner using this free love calculator.

Japanese horoscope compatibility between people is analyzed based upon the blood type of each person. This is the most common technique for discovering the most apparent characteristics of each individual.

People having certain blood type get along better with certain other blood types. This is the normal kind of “astrology” practiced among the people of Japan. Blood type compatibility is as common in Japan as is western horoscope compatibility prediction is in most other parts of the world. 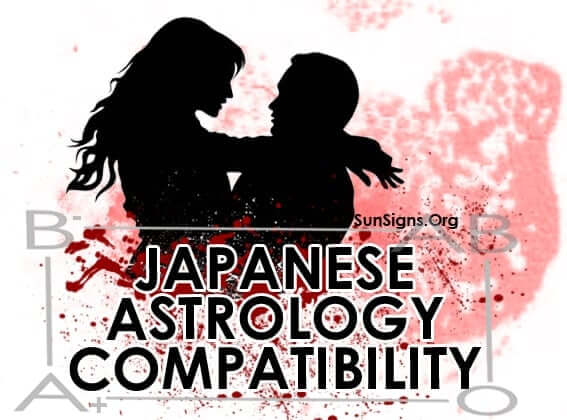 Starting with the Austrian scientist, Karl Landsteiner, who discovered the different blood types in 1900, blood type in relation to personality, began to flourish. Amongst other people of history who dedicated much of their time to the extensive research upon this subject of Japanese zodiac compatibility were Rin Hirano and Tomita Yashima who published an article on it in 1926.

Also, a professor at Tokyo Women’s Teacher’s School, named Takeji Furukawa, published his paper “The Study of Temperament Through Blood Type” in the scholarly journal called, Psychological Research. His published paper was read and studied by thousands of people who spread the word and made Japanese astrology compatibility become popular and seriously considered to be a fact. Though, because it was hard at the time to label it as a scientific breakthrough, it quickly lost it’s popularity.

It wasn’t until the 1970’s that a lawyer and broadcaster named, Masahiko Nomi, wrote a book on this subject. He revived the knowledge and since then it has been wide spread knowledge becoming more and more practiced and understood to this day.

The blood groups are given the names to characterize the common personality traits of each:

This Japanese astrology compatibility test will not only show your compatibility with your lover but also display a list of famous people who also have your same blood type.

Share
Previous What Is Your Love Number?
Next Love Astrology Horoscope