This form of divination is basically used for predicting the future and this in turn helps to solve the general problems that the people have to face on a daily basis. This is because once a person gets to know of the problems that he or she might be facing in the future then the needful could be done to avoid all the unfavorable circumstances. 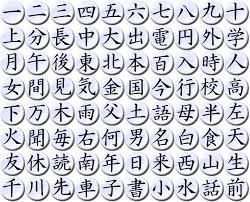 There are certain popular terminologies used in this oracle like haiyuu, shazai, kotobuki, kiken, shika, chijoku, akueikyou and undouka. The calculator presented over here could be very helpful for making fortune predictions on a daily basis and to know the answers to certain long term problems that a person might be facing. This tool, which is helpful for different kinds of problems, is very easy to use and it takes a maximum of two to three minutes to use it.

To use this fortune teller all one needs to do is click on the Japanese Kanji image. After this on the basis of an in-depth analysis a detailed report comes up containing many pieces of information. The report contains the English and the Japanese name of the image and an interpretation of these images. Some suggestions are also mentioned which might help in solving certain problems.

In the current times there are many experts and online calculators available that could help in the Japanese Kanji analysis. However even then the importance of this tool could not be stressed enough as unlike other tools it is free to use and could be used from the comfort of the homes.

There is no guarantee of the analysis of these calculators and calculators; however the veracity of the Free Japanese Kanji reading calculator could be verified from the reviews of the past users.

This ancient method of future telling has many believers and has earned the trust of many people over time. Thus without a shadow of doubt one must try using this calculator for a free Japanese Kanji Analysis.

Share
Previous What Does The World Think OF Me? Arudha Lagna Can Tell You!
Next Calculate Your Shani Sade Sati Now