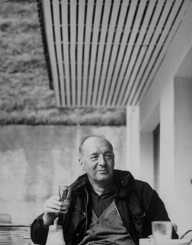 Vladimir Nabokov was a Russian-American entomologist and novelist who worked under the pen name Vladimir Sirin. Born on April 22, 1899, Vladimir Nabokov started his writing career in Russian and only gained an international reputation after he started writing in the English language. Nabokov’s most famous English novel was Lolita in 1955, and it’s ranked fourth in the list 100 Best Novels of Modern Library. Other famous works include Pale Fire, 1962, and the memoir Speak, Memory in 1951, which is eight in the 20th century greatest nonfiction by the publisher.

Vladimir Nabokov recalls that Misunderstood, written by Florence Montgomery was the first English book his mother read to him. Even though the family was Orthodox, they were not religiously committed and so did not force him to attend church services. Nabokov had his education at Tenishev School in St Petersburg. While there, literary teacher, Vladimir Vasilie vichGippius, identified his literary prowess and praised his efforts.

At age 16, his uncle passed on and so inherited the estate Rozhdestevo, which Vladimir Nabokov lost just a year later during the October 1917 Revolution. During this time, his literary passion was growing, and that resulted in his first poetry collection Stikhi ("Poems"), published in 1916. It was a collection of 68 Russian poems. After the publication, a renowned poet ZinaidaGippius met Nabokov’s father at a social event and told him "Please tell your son that he will never be a writer." His father gained the position of a Secretary in the Russian Provisional Government after the1917 February Revolution.

In 1922, Vladimir Nabokov graduated with a BA, receiving a second-class. Nabokov’s experience at Trinity would inspire his works like Glory and The Real Life of Sebastian King. After his graduation, he left for Berlin, where his family had already moved to since 1920. His father established the émigré newspaper Rul'("Rudder") when the family moved to Berlin. The Russian monarchist, Piotr Shabelsky-Bork in March 1922, fatally shot Nabokov’s father as he was shielding the main target Pavel Milyukov, a leader of the Constitutional Democratic Party in exile. Nabokov would involve this mistaken and accidental death in most of his fiction works. Although his mother and sister left for Prague after the death, Nabokov remained in Berlin where he worked as a poet and writer under the pseudonym V. Sirin.

Vladimir Nabokov picked up jobs like teaching languages and giving boxing lessons as a supplement to his writing career. He left Germany for France in 1937, having a short affair with Russian émigrée Irina Guadanini. His family followed him later and settled in Paris. During the advancement of the German Troops in 1940, the Vladimir Nabokov family left for the United States on board the SS Champlain, but his brother Sergei was taken to the Neuengame concentration camp where Vladimir Nabokov died on January 9, 1945. In the United States, the family settled in Manhattan, and Vladimir Nabokov picked a voluntary job at the American Museum of Natural History as an entomologist.

In 1941, Vladimir Nabokov joined was employed as a resident lecturer in comparative literature at Wellesley College. This position gave him enough leisure time to pursue his writing and lepidoptery. While there, he founded the Wellesley’s Russian Department. After the 1942 academic year, Vladimir Nabokov moved to Cambridge and returned to Wellesley as a lecturer in Russian for the 1944 t0 1945 academic year.

Nabokov’s wife served as his"secretary, typist, editor, proofreader, translator and bibliographer. She was also his agent, business manager, legal counsel, and chauffeur; his research assistant, teaching assistant and professorial understudy for his literary works. His first nine works during the time of his writing were in Russian. He wrote under the penname Vladimir Sirin to hide his ardent from critics.

Nabokov’s most profound work was Lolita published in 1955. He almost gave up on the work and attempted burning the draft, but his wife prevented him from doing that. Lolita talks about an old man who had a passion for a twelve-year-old girl. After Lolita, Vladimir Nabokov started work on the novel, Prin the poem, Lines Written in Oregon in 1953 while roaming in the nearby mountains in search of butterflies. Since Lolita and Conclusive Evidence were written in Russian, he translated it into Russian.

Vladimir Nabokov then worked on his memoir, Speak, Memory. His other works include Ada, or Ardor and King, Queen, Knave and the short stories Signs and Symbols in 1958. In 1962, Vladimir Nabokov worked on Pale Fire, which earned him a place in among the greatest novelists of the 20th century. This was followed with his longest novel Ada in 1969. His last literary work was the uncompleted, The Original of Laura. Prior to his death, Vladimir Nabokov asked his wife to burn the manuscript, but she did not heed to that demand.

Vladimir Nabokov got engaged to Svetlana Siewert in 1922 but in about a year after, she broke off the engagement. This was because her parent was worried Vladimir Nabokov could not provide her needs. That same year, he meets a Russian-Jewish woman, Vera Evseyevna Slonim during a charity ball in Berlin. The two married in April 1925 and had a child, Dmitri in 1934. Nabokov died on July 2, 1977, in Montreux surrounded by his family. He was cremated and buried at the Clarens cemetery in Montreux.