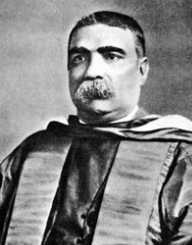 Upendranath Brahmachari was one of the renowned Indian Scientists as well as a prominent medical practitioner in his era. He is known to have a highly remarkable personality as well as contributing to the discovery of Urea Stibamine. He also played a pivotal role in the treatment of a protozoal infection, Kala-azar. He studied medicine after he had had a good and firm foundation in Chemistry and Mathematics. He, however, joined the Provincial Medical Service after this. He was later appointed a teacher at the Campbell Medical School; there he spent most of his productive time.

He had performedgreat and groundbreaking research before he retired from service. Even after service, he is known to have actively connected to every sphere of the University of Kolkata. Upendranath Brahmachari is also known to have been associated with the literary and scientific organizations of Kolkata. He engaged in humanitarian activities apart from playinga greatrole in the creation of the World’s Second Blood Bank at Kolkata. He was the initiator of Brahmachari Research Institute Which was successful in both research and manufacture of medicine. He was an individual who is always ready to taste knowledge and contributed so much to the medical world.

Upendranath Brahmachari was born to Nilmony and Saurabh Sundari in Jamalpur on the 19th day of December 1873. His dad was a physician in East Indian Railway. He received his early education at the Eastern Railway Boys High School before attending Hooghly Mohsin Collge where he had his Bachelor’s degree in Mathematics and Chemistry in 1893. He later studied medicine with Higher Chemistry and passed his Masters degree from the Presidency College Kolkata, 1894. He later got his MD degree in 1902 from the University of Calcutta and Ph.D. for his thesis, Haemolysis in 1904.

Upendranath Brahmachari started his medical career in 1899 when he joined the Provincial Medical Service. There, he was appointed a teacher of pathology and Materia Medica. He later became a physician at Dacca Medical School. He got an appointment letter as a teacher of Medicine as well as a physician at the Campbell Medical School, Kolkata, in 1905. Soon in 1923, the position of the additional physician was taken by him to the Medical College Hospital. Later in 1924, he founded at his residence in Kolkata, Brahmachari Research Institute. He however retired from the government service as a physician in 1927. Upendranath Brahmachari, however, served as a professor of Tropical Diseases after his retirement at the Carmichael Medical College, Kolkata. Soon, he served as the Blood Transfusion Service of Bengal, and he played a crucial role in the establishment of the second Blood Bank in Kolkata.

He had an honorary Professorship of Biochemistry at the University College of Science, Kolkata. While Upendranath Brahmachari was held the position of the Head of Department of Biochemistry in the University named before, he took charge of Tropical Disease Ward at the National Medical Institute. Apart from all these positions, he served as a member of the Council of Kolkata School of Tropical Medicine and Hygiene as well as Indian Research Fund Association. He also became the first Indian to become the Chairman of the Managing Body of the Indian Red Cross Society of the Bengal Branch.

Apart from this, he was conferred a knighthood by the British Government as well as nominated for the Nobel Prize in the category of medicine.

Upendranath Brahmachari seemed to married once as he married Nani Bala Devi whom he raised a family with. He died at the age of 72 on 6, February 1946.