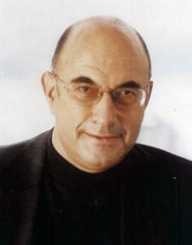 Sir John Carew Eccles was a neurophysiologist and philosopher. He won the Nobel Prize in Physiology or Medicine in 1963, sharing it with Andrew Huxley and Alan Lloyd Hodgkin,

John Carew Eccles was born on 27th January 1903, in Northcote, Melbourne, Australia. His parents Mary and William James were born in Victoria; both have Irish ancestry. He has a younger sister, Rosamund is one year younger. John is also known as Jack in the family. John Carew was homeschool by his parents, who were teachers until he was twelve. John studied at Warrnambool High School for four years but transferred to Melbourne High School for the last year. John Carew was awarded a senior scholarship, owing to his performance at school and state geometry competition.

John Carew chose to study medicine at the University of Melbourne, instead of mathematics. He attended the Newman College campus and was active in societies and sports. John Carew was a pole vaulter, winning a full blue in Athletics during his time in university. John Carew graduated with first-class honors in 1925, at the age of twenty- two, and was awarded a Rhodes Scholarship; John chose to study under neurophysicist Charles Scott Sherrington, after reading The Integrative Action of the Nervous System written by Sherrington. John traveled to the United Kingdom to study at Magdalen College, Oxford University.

Graduating in 1927 with first class honors in Natural Sciences John Carew also received a Christopher Welch Scholarship and a Junior Research Fellowship at Exeter College, Oxford. Where he joined Sherrington’s research team as a research assistant, to study reflexes in the spinal cord. John received his Doctor of Philosophy in 1929, for his thesis on Excitation and Inhibition. John Carew remained with Sherrington until 1932, publishing eight papers with his mentor.

In 1932, JJohn Carew accepted a Staines Medical Fellowship at Exeter College, and he was a lecturer at Magdalen College. Later he joined the University Demonstratorship two years later in Oxford. John returned to Australia in 1937, where he was appointed the Director of the Kanematsu Institute at Sydney Medical School, working on military research for World War 2. John Carew also gave research lectures at the University of Sydney, working alongside Bernard Katz and Stephen Kuffler. After the war ended, John moved to New Zealand to become Professor of Physiology at the University of Otago. Due to lack of new technologies, John Eccles returned to Australia, during 1952.

John Carew took a position of Chair of Physiology in the John Curtin School of Medical Research of the Australian National University in Canberra. There, he published over four hundred papers, as well as four books during his time in Australia. John Carew reached mandatory retirement in 1966, at the age of sixty-five. He moved to America, accepting a senior position at the Institute of Biomedical Research of the American Medical Association in Chicago. Two years later, he moved to the State University of New York, settling at Buffalo with the position of Distinguished Professor of Physiology and Biophysics. John returned to researching, focusing in cerebellum and control of movement. Sir John Carew Eccles retired at the age of seventy-two in 1975, moving to Contra, South of Switzerland. From there, he traveled extensively around Europe, United Kingdom, and America.

John Carew was appointed Knight Bachelor in 1958, for his services to physiological research. In 1963, Sir John Carew Eccles won Australian of the Year and shared a Nobel Prize with Andrew Huxley and Alan Lloyd Hodgkin. John Carew was a founding member of the World Cultural Council, which started in 1981. Seven years before his death, John was appointed Companion of the Order of Australia (AC) for his service.

JJohn Carew met Irene Frances Miller in Melbourne, and in 1928 they were married while he was in Oxford. Together, they had nine children: four sons and five daughters. His daughter Rosamond had collaborated with some research. John and Irene divorced in 1968. After his divorce, John Carew married Czechoslovakian Helena Táboríková; she was also a neurophysicist. The pair joined efforts in some research. He died on 2nd of May 1997 in Contra,

Tenero-Contra, Locarno, Switzerland. He was ninety- four years old and was plagued by illness before his death. He had since published fifteen books in total.