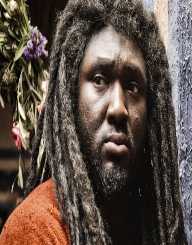 Samson was a mythical character described in the Book of Judges in the Hebrew Bible. He was a fabled warrior of ancient Israel, the last of them. He possessed enormous strength which was said to be acquired from his long uncut hair. According to the mythical story of Samson’s life, his mother was unable to conceive a child years after her conjugal life with Manoah, father of Samson. An angel then blessed the couple to have a son. According to the terms of the blessings, this son must follow the strict prohibitions of a Nazirite life. By practicing such firm proscriptions Samson will be able to preserve his tremendous amount of strength and his capability to perform superhuman accomplishments. However, to protect his power, he must maintain his long hair and no razor should touch his hair. He also cannot drink any alcoholic beverages.

The biblical account of Samson’s life is full of extraordinary, mythical and superhuman achievements. According to such myths, Samson butchered a lion with only his bare hands. It also states that he destroyed an entire army of Israel’s arch-enemy Philistines with the jawbone of a donkey only. However, all of his miraculous and exceptional strengths would disappear into thin air, if he violated any condition of his stern Nazirite life.

The strange fact of Samson’s life is that in spite of such strict upbringing conforming to the standards of a Nazirite, he was a womanizer. He chased the persons of opposite sex perpetually throughout his life. Philistines were arch rivals of Israelites. As per rules of the Israeli community, Samson could not have any relation with any Philistine woman. However, to the utter surprise of the historians, he chased a Philistine woman incessantly.

PERSONAL INTEREST ABOVE THE NATION’S

Samson was a magnificent specimen of immense power and superhuman strength. He could single-handedly perform such audacious acts which ordinary mortals could not even imagine. However, he performed his phenomenal exploits only to serve his personal interests. He always gave precedence to his individual feud over the concern of his nation.

After having involved in womanizing throughout his life, he finally fell for a girl called Delilah. Upon learning about this affair, Philistines cajoled Delilah to work for them by extracting and supplying them the secret of Samson’s phenomenal strength. Delilah beguiled Samson to reveal the secret of his strength. Having learnt the truth, she cut-off his long uncut hair while Samson was asleep.

LOSS OF STRENGTH AND IMPRISONMENT

As Delilah chopped off Samson's long hair, he lost all his enormous strength. Philistines apprehended and imprisoned him at the first opportunity. Thereafter, Samson faced the ignominy of being enslaved by his captors. He had to grind grains as a part of his humiliation. Such type of work was deemed suitable for the womenfolk only.

Samson went on asking the Almighty to give him back his supernatural power for the one last time. He was continuously praying for the restoration of his strength. One day Philistines were relishing an occasion for celebration. They wanted to have some fun at the expense of Samson. As Philistines approached Samson for the intended mischief, he with a mighty push overturned the pillars of the temple where the celebration was going on. The roof of the temple collapsed at once. Thousands of Philistines were buried under the roof killing most of them. Samson also could not escape the mayhem. He breathed his last buried under the debris. His action destroyed a host of enemy leaders in one go. It was a great favour for the people of Israel. Hence, the Israelites bestowed him with the honorary title of judge posthumously.