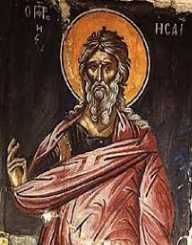 Life of a Prophet

Isaiah arrived into the world in the 8th century BC. He was born in the Kingdom of Judah.

Isaiah prophesied across the reign of four kings of Judah. The kings were Uzziah (also known as Azariah), Jothan, Ahaz, and Hezekiah.

Uzziah reigned in the middle of the 8th century, and Hezekiah reigned for 14 years, dying in 698 BC. Isaiah's prophetic work spanned over 60 years.

The king of Assyria, Shalmaneser V, fought Israel to take over. As a result, the Jewish king, Ahaz, allied with Egypt, so Israel was left alone.

When Hezekiah ascended the throne, war broke out again. Isaiah encouraged Hezekiah to fight the Assyrians, and he prayed to God for guidance. In both 2 Kings and 2 Chronicles, the Bible gives an account of an angel who fought the army. One hundred eighty-five thousand men died in a single night. The Assyrians never recovered, and never touched Egypt or the Southern Levant again.

After the war, Hezekiah reigned in peace for the remainder of his time.

There are no accounts of Isaiah's death, but the Talmud does say he died at the hand of Manasseh.

Jerome (c. 342-420) described Isaiah as an evangelist more than a prophet. Jerome believed Isaiah's prophetic work was extremely descriptive. He said it was more like speaking of actual events that had happened, rather than events yet to come.

Isaiah prophesied the coming of Jesus.

In Muslim religious texts, it says that Hezekiah was king during Isaiah's life.

Isaiah wrote 66 chapters in the Book of Isaiah in the Bible. He wrote in two separate periods, with approximately 15 years in between.

The great prophet is a saint in the Catholic church. Christianity, Judaism, and Islam all acknowledge the importance of his work.

Isaiah's wife was known as ‘the prophetess.' It is unclear whether the name refers to her being a prophetess or the wife of a prophet.

The couple had three children, all sons.