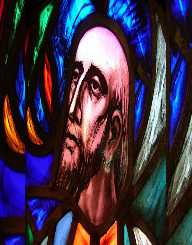 Elisha was born in Abel-Meholah, situated on the Jordan River. His father was Shaphat, a prosperous landowner. The Book of Kings in the Bible tells the story of Elisha. He was a prophet as well as a miracle worker, and he lived in the Northern Kingdom of Israel. Elisha worked over the reign of four kings. The names of the kings were Joran, Jehu, Jehoahaz, and Jehoash.

God commanded Elijah, the great prophet, to name Elisha as his successor. He started to travel, trying to find Elisha. Before long, he found Elisha plowing the fields.

He immediately adopted Elisha as a son, and Elisha accepted the call to become a prophet. He became Elijah's protege for the next seven years.

When Elijah rode to heaven on a chariot of fire, Elisha became the leader of the sons of the prophets.

Elisha and Elijah crossed the Jordan River by touching it with their cloak. After contacting the river, it miraculously parted to allow them to pass.

Elisha held the office of "prophet in Israel" for sixty years. He lived as a prophet in Israel from 892-832 BC. The people loved him, and they thought he was patriotic. This was due to him giving a lot of help to the kings and soldiers.

Some of his miracles included cleaning the waters of Jericho which had become infected. He also fed one hundred men with twenty loaves of bread.

Naaman, a Syrian commander, received healing for leprosy from Elisha.

Elisha continually came to the rescue of King Jehoram of Israel, and he performed many other miracles besides.

In his last days, Elisha told of three successful battles by King Joash. At the same time, he said the campaigns did not mean victory over the enemy.

In the Bible, 2 Kings 13:25 records the three successful battles.

Several Christian churches recognize Elisha as a saint. Islam also recognizes Elisha as a prophet, and as the successor to Elijah.

Elisha lay beside John the Baptist and Obadiah after he died. Julian the Apostate declared their relics should be burned, but the Christians saved the relics of the prophets.

The Coptic Orthodox Monastery of Saint Macarius the Great, situated in Scetes, Egypt, states claims it has the relics of Elisha.