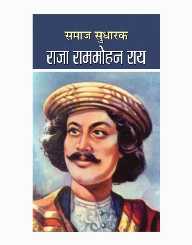 Ram Mohan Roy was born on May 22, 1772, in the village of Radhanagar, Bengal Presidency, British India. His family was wealthy and prominent. His mother, Tarini Devi, was a Shivaite and his father, Ramkanta Roy, was a Vaishnavite.

Ram Mohan Roy began his education at the local school in his village. At the age of nine, he joined a madrasa in Patna. Two years later, he continued his studies in Benares. Apart from his native Bengali, he also learned Hindi, Sanskrit, Arabic, Persian, English, Latin, and Greek. He studied the Vedas, the Upanishads, the Quran, and several other holy books.

In 1796, Ram Mohan Roy wrote a religious work called Maha Nirvana Tantra, or Book of the Great Liberation. He wrote it together with British missionary William Carey and Sanskrit scholar Saihardana Vidyavagish. In 1797, he moved to Calcutta and became a moneylender. He also started working for the court as a clerk. In 1804, he published the theological work Tuhfat-ul-Muwahhidin or A Gift to Monotheists. In 1815, he started a philosophical discussion circle named Atmiya Sabha. In 1817, he helped set up the Hindu College in Calcutta.

Ram Mohan Roy later helped establish the Anglo-Hindu School, Vedanta College, and the General Assembly’s Institution. He began publishing several tracts and letters related to religion and politics. He also published a popular weekly journal, called Sambad Kaumudi. He attacked some of the Christian missionaries in India, as well as the Kulin Brahmin clan in Bengal.

In 1828, he founded the religious reformist movement Brahmo Samaj, as a branch of Brahmoism. He was against the caste system, sati, polygamy, and child marriage. He fought for the advancement of women’s rights. In 1830, he moved to England as an ambassador of the Mughal Empire. That same year, Mughal emperor Akbar II gave him the title of Raja.

Ram Mohan Roy got married a total of three times. He had two sons with his second wife, named Radhaprasad and Ramaprasad.

Ram Mohan Roy suffered from meningitis. He passed away in Stapleton, Bristol, on September 27, 1833. He was 61 years old. He was initially buried at Stapleton Grove. In 1843, he was reburied in a mausoleum at the Arnos Vale Cemetery.

Ram Mohan Roy's portrait is on display at the Bristol Museum and Art Gallery. There is a statue of him in College Green and a bust inside the Bristol City Hall. There is a street in Bristol that carries the name “Raja Rammohun Way.”