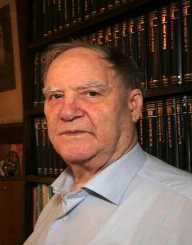 Pyotr Leonidovich Kapitsa was born on July 8, 1894, in Kronstadt, Russian Empire. His father Leonid Petrovich Kapitsa was a military engineer, and his mother Olga came from a Ukrainian noble family. The family spoke Russian and Romanian.

Pyotr Kapitsa was a gifted student, but his studies were interrupted by the First World War. He served as an ambulance driver on the Polish Front. After two years of army service, Kapitsa returned to studies and in 1918, graduated from the Petrograd Polytechnic Institute. Afterward he went to study in Britain, where he worked with Ernest Rutherford in the Cavendish Laboratory at the University of Cambridge. In Cambridge, he founded the Kapitza club.

During 1920, Pyotr Kapitsa was working on developing techniques for ultrastrong magnetic fields. He began injecting high currents for small periods of time into air-core electromagnets. In 1928, he made an advancement on his experiments by discovering the linear dependence of resistivity on magnetic field for different metals in strong magnetic fields. In 1930, Pyotr Kapitsa became the first director of the Mond Laboratory in Cambridge, a position he served in until 1934. After his term ended, he returned to Russia to visit his parents, but Stalin’s government forbade him to travel back to Great Britain.

All of his research equipment remained in Cambridge. Therefore Kapitsa was forced to change the direction of his research. He began working on low-temperature research, at first analyzing the existing methods for obtaining low temperatures. In 1934, he developed a new apparatus to create liquid helium. The Soviet government bought some of his equipment from Cambridge and Kapitsa was able to found the Institute for Physical Problems.

Pyotr Kapitsa continued to carry out experiments on liquid helium and in 1937, discovered its superfluidity. He wrote series of papers on his findings, and for his effort, he was awarded the Nobel Prize in Physics. In 1939, Kapitsa developed a method for liquefaction of air using a special high-efficiency expansion turbine. During World War II, Kapitsa was assigned to the position of the Head of the Department of Oxygen Industry, a part of the USSR Council of Ministers. While working at the institution, he developed his low-pressure expansion techniques for industrial purposes.

In the early 1950s, Pyotr Kapitsa developed high power microwave generators. He also discovered a new kind of plasma discharge with electron temperatures over 1,000,000K. In 1945, Kapitsa got into an argument with the head of the NKVD and the Soviet Atomic Bomb Project, Lavrentiy Beria. Kapitsa wrote to Stalin, complaining about Beria’s ignorance and arrogance. Stalin backed Kapitsa and told Beria to cooperate with other scientists. Despite this, Kapitsa refused to work with Beria.

In 1927, Pyotr Kapitsa married to Anna Aleseevna Krylova. The couple had two sons, Sergey, who became a physicist and a demographer, and Andrey, who became a geographer, credited with discovering and naming Lake Vostok- the largest subglacial lake in Antarctica. Kapitsa died on April 8, 1984.

In 1929, Pyotr Kapitsa was elected as a Fellow of the Royal Society. Soviet astronomer Lyudmila Georgievna Karachkina discovered a small planet, which she named 3437 Kapitsa, to honor his name. Kapitsa’s greatest honor was winning the 1978 Nobel Prize in Physics, which he shared with Arno Allan Penzias and Robert Woodrow Wilson.