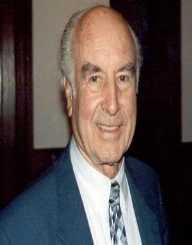 Paul Karrer was born on April 21, 1889. He was an organic chemist. He is known for synthesizing various vitamins and deriving their structural formulas. In 1937, he won the Nobel Prize for Chemistry.

Paul Karrer was born on April 21, 1889, in Moscow in Russia. He was born to Paul Karrer and Judi Lerch who were Swiss nationals. He attended Lenzburg in Aarau after his family returned to Switzerland in 1892. He later attended the University of Zurich to study Chemistry. In 1911, he obtained his Ph.D.

After obtaining his Ph.D. Degree, Paul Karrer worked as an assistant with his professor Alfred Werner at the University of Zurich. In 1912, he travelled to Germany to work with Paul Enrlich in studying organic arsenic compounds. He returned to Zurich in 1918 and was appointed a reader at the University of Zurich. The following year he was appointed Professor of Chemistry. He was also appointed the Director of the Chemical Institute. He studied the pigments of plants and natural products. In the 1930s, he was able to solve the structures of Lycopene and Carotene. He discovered that lack of Vitamin A causes night blindness. He was able to develop the fact that beta carotene is converted into Vitamin A in animal bodies. He also came up with the structure of beta carotene.

In 1937, Paul Karrer received the Nobel Prize for Chemistry jointly with Walter Norman Haworth for their works on Carotenoids, flavins and Vitamin B2 and Vitamin C and Carbohydrates respectively. He also won the Cannizaro prize and the Marcel Benoist Prize.

In 1914, Paul Karrer married Helena Froelich with whom he had two sons. He died on June 18, 1971, in Zurich at the age of eighty two. His wife later died in 1972. During his lifetime he received honorary degrees from Universities in Lyons, Rio de Janeiro, Madrid, Zurich and Paris among other places. He was also a member of societies such as the Royal Society, The Royal Academy of Sciences and The National Academy of Science among so many other organizations.