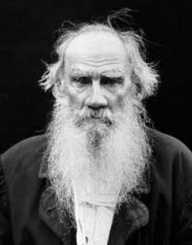 Miguel De Unamuno was a Spanish Philosopher, novelist, poet, and playwright. He is famously known for his novel ‘Abel Sanchez: The History of Passion’ published in 1917, that explores the story of Abel and Cain in the modern context while examining the theme of envy. He also served as the rector of the University of Salamanca.

Miguel de Unamuno was born on September 29, 1864, in Bilbao, Spain to parents, Felix de Unamuno and Salome Jugo, both of Basque origin. From an early age, he was raised and guided by a Catholic religion by his mother and grandmother because his father died when he was at the age of six. These teachings made him develop a strong faith and aspired to be a priest.

In 1880, he enrolled at the University of Madrid where he changed his interests from religion to intellectual pursuits. While at the University, he took time to read books in Philosophy, psychology, and history. He also took an interest in learning new words. By the time he reached the age of 20, he had learned 11 languages.

At his early age, Miguel De Unamuno had interest in the Basque Language and competed for a teaching position in the Instituto de Bilbao but lost it. It's deliberated that in1898, he joined a literary group named ‘Generation of 1898’ which comprised of Spanish philosophers and intellectuals who aimed at renewing Spain.

In 1890, Miguel De Unamuno returned to Bilbao where he resumed his work as a tutor and essayist. Later on, he preferred to pursue a career as a philosophy professor, but since Spain politicized opinion, he chose to become a Greek philosopher. He published his first collection of essays ‘En Torno al casticismo’ (Around Reason) in 1895. One of his theme in his compositions was to preserve personal integrity when faced with conformities and hypocrisy.

From 1900-1924, Miguel served as a rector of the University of Salamanca for the first period, followed by the second term from 1930-1936 when there was a significant political disorder. During these years, he wrote and published several books such as ‘Amor y pedagogy’ (Love and pedagogy) in 1902, ‘El Espejo de la Muerte’ (The Mirror of Death) in 1913. A year later, he published ‘Niebla’( Mist) and ‘Viva de Don Quijote y Sancho (Our Lord Don Quixote).

In 1901, he delivered his famous conference on scientific and literary in the practicality of the Basque. From the year 1917, he published ‘Abel Sanchez’ followed by ‘Tres Novelas ejemplares y un prologo’ and ‘TulioMontalban’ in 1920 and ‘La Tia Tla’ (Aunt Tula) in 1921.

In 1924,Miguel De Unamuno was removed from his position as a university chair by the director general Miguel Primo de Rivera because of protests of Spanish intellectuals. After the General overthrew the government and became a dictator, Miguel published a series of essays on his opinions regarding Rivera. He lived in exile in Fuerteventura until the year 1930.

Later he escaped to France as described in his book ‘De Fuerteventura a Paris’ and established himself in Hendaye. In 1930, the dictatorship of General Miguel Primo de Rivera ended allowing Miguel to return to Spain and resume his position as the rector of the university. After this fall of the dictatorship, Spain embarked on the Second Republic where Miguel was a candidate for the ‘Agrupacion al Servicio de la Republica’; (a small intellectual party).

While still pursuing his career as an internationalist, he understood the universal cultures of Spanish culture and felt the need to protect them from external influence. To achieve his goal, he started supporting General Francisco Francos Falangitis revolt to rescue Spanish cultures from forces of the outside world. However, when this movement became harsh, he opposed both the Republic and Franco. Later in 1936, he publicly quarreled with Nationalist General Millan Astray at the University which caused him his job as a university rector.

Miguel De Unamuno is well-known for his novel ‘Abel Sanchez’ (The History of a Passion) where he retells the story of Abel and Cain in the modern context exploring the themes of envy. In this novel, Abel is a famous painter while Joaquin is a well-known doctor.

Another of his famous novels is ‘San Manuel Bueno (Martir)' which focuses on the life of a parish priest residing in a small Spanish village. His major philosophical essay was The Tragic Sense of Life' published in 1912.

In 1891, Miguel De Unamuno married his childhood sweetheart, Concepcion Lizarraga, and the couple had ten children. Franco removed him from his position as a rector at the University of Salamanca and passed an execution order after their disagreement. However, this order changed to a house arrest. A sculpture of Miguel de Unamuno was established in honor by Pablo Serrano in 1968.

Miguel de Unamuno died a peaceful sleep death at Salamanca, on December 31, 1936, at the age of 72, while he was still under a house arrest.

He believed that a Spaniard had an obligation to familiarize with the Portuguese literature as well as Catalan Literature. Also, he was well-known as a ‘lusophile’ as he was a Spanish enthusiast of Portuguese culture, literature, and history. Moreover, he also supported the Iberian Federalism. Notably, he was among the intellectuals who resisted the intrusion of ideology in the western intellectual culture.