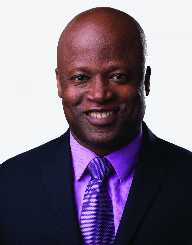 The American-American chess player, Maurice Ashley, is the first black to win the grandmaster title on the international level in America. In addition, Ashley is a renowned chess commentator on high profile games.

Maurice Ashley was born on 6th March 1966 in St. Andrew, Jamaica. He spent the early years of his life in Jamaica. When he clocked two, his mother left him and his siblings to take care of their ailing grandmother in the US.

In Jamaica, he went to Wolmer's Boys School before moving to the United States to join his mother in New York.

While in the US, Maurice Ashley went to Brooklyn Technical High School before enrolling at City College of New York. While in college Ashley started playing chess. He claims to have lost his lunch money in school countless times while playing chess with older experienced players.

His persistence with the game later paid off since Ashley later became the national chess champion at the age of 20.

Despite being a student at City College, Maurice Ashley doubled up as a chess coach in the institution. His team won the 1991 national championship.

His coaching success continued as his students won the 1994 and 1995 junior championship. While coaching, he doubled up as a chess commentator at ESPN.

In 1997, he decided to put a break on his coaching career to concentrate on his game. He aimed to win the grandmaster trophy.

He later graduated with a degree in B.A. in Creative Writing.

The US Chess Federation named Maurice Ashley and Susan Polgar as Grandmaster of the Year in 2003. Ashley also wrote an essay The End of the Draw Offer that year. He wrote his second book on chess in 2005. The book Chess for Success explained ad the positive aspects of chess and his success in the game.

Ashley went back to his birth country in 2007 to participate in a chess tournament. Despite a success in the preliminary stages he was upset by Jomo Pitterson in the finals.

His success in the game saw him inducted to the US Chess Hall of Fame on 13th April 2016.

Maurice Ashley married Michele Ashley-Johnson in 1993. The couple had two children together. Their marriage, however, came to an end in 2014 when they divorced.