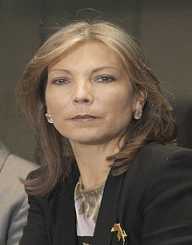 ManuelaSáenz was born in 1797 in Quito, which is today known as Ecuador. Her parents were Maria Joaquina Aizpuru and Simon Saenz Vergara. The mother was a native Quito woman, but the father was a Spanish nobleman. Manuela Sáenz was an illegitimate child of them both.

Already quite early during childhood, Manuela’s mother was abandoned by her family, and therefore Manuela Sáenz lived together with her father. Manuela Sáenz attended school in the Convent of Saint Catalina.

She studied in Saint Catalina until she reached the age of seventeen. This was when she was thrown out of the school because an army officer seduced her and the Convent of Saint Catalina decided to stop Manuela Sáenz’s education.

Together they settled in Lima in Peru and were very socially active.They befriended several high ranked military and politicians and spent time together often at different social events.

Manuela Sáenz got acquainted with politics when she lived in Lima. She learned about revolution, about it’s connection to the liberty of New Granada and other topics. This made her join a secret movement in 1820.

The movement was intended to overthrow the Viceroy of Peru. The inspiration for it was work of Simon Bolivar in New Granada.

In 1825, they both went to live in Lima but did not manage to live there longer than for one year; because Bolivar could not be away longer, as he was committed to the revolution. Manuela Sáenz followed Bolivar too.

Simon Bolivar died in 1830. He was escaping Columbia and was assassinated. Subsequentially Manuela Sáenz was sent out of the country in exile to Jamaica. She did pursue to return to Ecuador. Unfortunately, her attempts were declined. It was refused because her passport was rejected. She then decided to stay in a small town in Peru, called Paita.

In Paita, Manuela Sáenz was not living a happy life. She was pretty poor, as her income came mostly from translating some texts and letters for other people and selling tobacco. She was entitled to inherit her husband’s money, but it was declined to her due to her exile.

Manuela Sáenz died in 1856 in Paita, in Peru. She died due to severe diphtheria.

Manuela Sáenz had a crucial role in liberating New Granada under the guidance of Simon Bolivar. Manuela Sáenz was awarded an “Order of the Sun” for being one of the few women who participated in the movement.