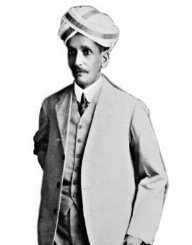 Visvesvaraya was born on September 15, 1861. He was an Indian civil engineer. He was a man of high principles and utmost discipline. He was the architect behind the construction of the Krishna Raja Sagara Dam in Mandya. The dam contributed a lot in the conversion of the surrounding barren lands into fertile grounds suitable for farming.

Visvesvaraya was born on September 15, 1861, in Muddenahalli near Bangalore, India. He was into a Telugu Brahmin family. His father was a Sanskrit scholar. His parents were disciplined people, and he borrowed that trait from them. He attended a village school where he attained his primary education. He later attended a high school in Bangalore. His father died when he was fifteen years old. The family remained poor, and he worked so hard to keep himself in school.

Visvesvaraya also worked so hard to provide for his family. He tutored small children, and that is how he earned a living. He later joined Central College, Bangalore where he studied very hard. In 1881, he completed his Bachelor of Arts. He then joined the College of Engineering at Pune where he studied with the help of the Government.

In 1884, Visvesvaraya graduated from the college. He later became an assistant engineer at the Public Works Department of Mumbai. He was then appointed at the Indian Irrigation Commission where he assisted in the implementation of a complex system of irrigation in the Deccan Area. In 1895, he was involved in the designing and carrying out of waterworks for the Municipality of Sukkur. He also developed the Block System which would prevent the wasteful flow of water in dams.

In 1906, Visvesvaraya was sent by the Indian Government to Aden to study water supply and drainage system. He designed a project based on his study, and it was implemented in Aden. He solved the issue of the Visakhapatnam port which was in danger of being eroded from the sea. In 1909, he worked as a special consulting engineer for Hyderabad city which was under a threat of flood. In the same year, he became the Chief Engineer of Mysore State.

In 1912, Visvesvaraya became the Diwan of the princely state of Mysore, a position he held up to 1919. He ensured the development of Mysore State. In 1917, he assisted in the establishment of the Government Engineering College at Bangalore. The college was later renamed Visvesvaraya College of Engineering. In 1924, he was the chief engineer for the construction of the Krishna Raja Sagara Lake and dam.

In 1915, the British knighted Visvesvaraya as the Commander of the Order of the Indian Empire for his contributions to the society. In 1955, he was awarded the Bharat Ratna for his relentless work in the fields of engineering and education. He has also received honorary doctorates from various universities in India.

Visvesvaraya did not marry during his lifetime. He dedicated his life towards his profession and his country. He was a man of principles and values. He was also sincere in his dealings, and he was also disciplined, a trait that he borrowed from his parents. He died on April 12, 1962. He died at the age of one hundred and two. The College of Engineering at Pune erected a statue in his honour. The Visvesvaraya Industrial and Technological Museum in Bangalore is also named in his honour.