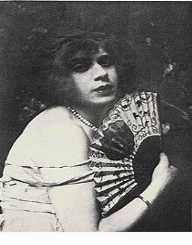 In 1904, Lili Elbe married Gerda Gottlieb whom he had met at art college. Elbe qualified as an illustrator, as did his wife and they travelled around Europe before settling down in Paris, France. When asked by his artist wife to dress in women’s garments as a model, Elbe began to identify as a woman. Gottlieb encouraged Elbe, and they would go out together dressed in furs and beautiful gowns. Sometimes she would introduce Elbe as her sister.

Gottlieb also continued using Lili Elbe as a model. During this period, in the 1920s, few people close to Elba were aware of the transition he was making. Gottlieb and Elba remained living together, and she became his most forceful advocate and supporter. During that period in European history, there was no concept, or understanding of transgenderism and  Elbe started suffering from depression. Then he heard about the German Institute for Sexual Science which was run by Dr. Magnus Hirschfeld who was researching transsexualism.

Lili Elbe travelled to Germany where he was assessed and offered sex reassignment surgery which was initially done by Magnus Hirschfeld in Berlin. He also underwent surgery at the Dresden Municipal Women’s Clinic. Once the surgery became public knowledge, Elbe had her name changed to Lili Ilse Elvenes, and her marriage to Gottlieb was dissolved. Elbe underwent an operation to implant a uterus and the construction of a vagina in June 1931.

She developed an infection and died on the 13 September 1931. Because the Nazis destroyed the library of the Institute for Sexual Research in 1933, no documentation relating to the procedures Elbe underwent remain.

Lili Elbe married the artist Gerda Gottlieb in 1904 when she was 18, and he was 22. They remained married until 1930 when the marriage was annulled. Elbe published an autobiography, Lili: A Portrait of the First Sex Change.