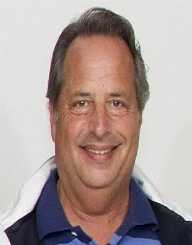 Jon Lovitz studied at the Harvard-Westlake School in Los Angeles, considered a very prestigious school. He graduated in 1975 and then continued his studies at the University of California in Irvine. Lovitz studied drama under Robert Cohen, a famous acting instructor at the time. Lovitz graduated from college in 1979.

After college, Jon Lovitz joined the Groundlings, which was an entertainment troupe in Los Angeles, specializing in improvisational and sketch comedy routines. Although he made little money from his work, it gave him a good grounding in the industry.

In 1985, Jon Lovitz became a cast member of Saturday Night Live. He worked on the show until 1992 and relives these years as his most memorable. It was during this period that he went from earning nothing to being offered a major film contract.

Jon Lovitz is quite versatile, and as well as his prolific film and television work, he has recorded a song with Robbie Williams, and he has also worked on Broadway at the Music Box Theatre. He took the lead role in Neil Simon’s production, The Dinner Party.

Jon Lovitz also won a role in a major advertising campaign for the Yellow Pages in 1999.

As far as stand-up comedy performances, Jon Lovitz debuted in 2003 at the Laugh Factory, located in Los Angeles, California.

He has worked on various voiceover projects, including several cartoons and movies. Among these, there are several appearances on The Simpsons cartoon series. Between 1986 and 2017, Lovitz has been involved in approximately 55 movies, including, Three Amigos (1986), A League of Their Own (1992), and City Slickers II: The Legend of Curly’s Gold (1994).

Jon Lovitz has also been involved in almost 30 television series and shows, including seven years with Saturday Night Live, eleven episodes of The Simpsons, 23 episodes of The Critic, and Seinfeld.