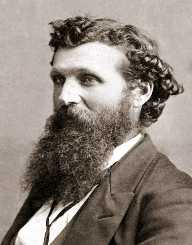 John Muir was an activist who focused on the conservation of the natural resources in the United States. Because of his work, he is known as the “Father of the National Park.”

John Muir was born on April 21, 1838, in Dunbar, Scotland. His family immigrated to the United States in 1849. The primary reason was that Muir's father believed that the Church of Scotland was not strict enough. The family settled in Wisconsin where Muir studied the Bible and worked the family farm.

John Muir found time to invent some creative device that got attention. Muir presented his inventions at the Wisconsin State Fair and won prizes for his creativity.

From there John Muir attended the University of Wisconsin. He studied there from 1860 to 1863. His subjects of interest included chemistry, botany, and life sciences. However, he left school to explore the country. He found work on his adventures.

The path that John Muir chose to take came after a debilitating event.  While working in Indianapolis in 1867, he endured an eye injury that caused blindness for over a month. It was after the potential loss of his vision that he chose to see the world he lived in and enjoy the bounty of nature.

John Muir walked from Indiana to the Gulf of Mexico. If he couldn't walk, he sailed. He drew what he saw and kept a journal of his experiences.  He went as far east as New York and as far south as Panama. In 1868, he arrived in San Francisco and called California his home.

John Muir wrote essays about what he found in California, especially the theory that glaciers formed Yosemite. While he was not a scientist by formal education, his observations proved him to be correct in his assessment.

His writings were also becoming published more frequently. John Muir still found work, but he continued to travel. He met his wife Louisa in Alaska and worked with her family for about ten years before going to Asia, Africa, Australia, and South America.

Through his writings, John Muir set out to save the ecology from farming and ranching before it completely changed the structure of the habitat. His articles about the establishment of Yosemite National Park were a call to Congress.

In 1890, Congress did make Yosemite a national park. Later it included the Grand Canyon and Sequoia. Muir also co-founded the ecology advocacy group Sierra Club in 1892. This group of naturalists and ecologists came together to protect the new parks.

The work of John Muir drew the interest of President Theodore Roosevelt. Muir's book Our National Parks led to Roosevelt's visit to Yosemite.  From that point, Roosevelt became the first president of the United States to create policies and programs regarding conservation.

John Muir married his wife Louisa in 1880. The couple had two daughters. Muir died on December 24, 1914, in Los Angeles, California at the age of 76. The cause of death was pneumonia.

The writings of Muir were part of the inspiration to save the unique natural beauty of the American West. Because of his efforts to protect places such as the Sierra Nevada mountains, he made conservation a national issue.

Today the National Parks has been protecting some of the oldest parks such as Yosemite and Sequoia since 1890. Because of his work to initiate a national park system, Muir is known as the “Father of the National Park.”

In his honor, John Muir Day is celebrated on his birthday each year. Numerous places have been named after him including Mount Muir and Muir Woods National Monument. Even the mineral Muirite was named after him. In 1964, Muir's image was on a U.S. postage stamp.