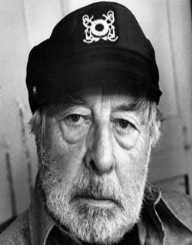 Jacques Haussmann known in the film industry as John Houseman was a British-American actor and producer. Born September 22, 1902, he is best known for his collaborative works with director Orson Welles and writer Raymond Chandler. Haussmann worked with Welles in the Federal Theatre Project and the later production of Citizen Kane and with Chandler for the production of The Blue Dahlia.

As an actor, Haussmann featured in several films including as Professor Charles W. Kingsfield in The Papers Chase, 1973, which won him the Academy Award for Best Supporting Actor. He later reprised his role in the television series adaptation of the film. Other works include Murder By Phone, 1982, Winds of War, 1983, Bright Light, Big Light, 1988, and Scrooged, 1988.

Jacques Haussmann was born on September 22, 1902, in Bucharest Romania to May and Georges Haussmann. His father was into grain selling business. His mother was a British from a Welsh-Irish ancestry and his father, an Alsatian. Haussmann received education in Clifton College in England. He later became a British subject and engaged in grain trade in London. In 1925, he left England to the United States of American. While in the US, he worked as an international grain market speculator. Haussmann enjoyed success in his business until the 1929 stock market crash.

After the stock market crash, Haussmann ventured into theatre productions and adopted the stage name, John Houseman. He joined Broadway and co-wrote works like Three and One, 1933, and And Be My love in 1934. That same year, composer Virgil Thomson hired him to direct Four Saints in Three Acts and followed it with The Lady from the Sea, Valley Forge. He gained US citizenship in 1943.

John Houseman cast Orson Welles in his play Panic, which opened on March 15, 1935, at the Imperial Theatre. This was the beginning of their long-term relationship in production. The two continued their collaboration during the Federal Theatre Project. In 1936, he hired Welles to direct Macbeth for the Federal Theatre Project’s Negro Theatre Unit. Being set in the Haitian court of King Henri Christophe, the production later became known as the Voodoo Macbeth. The play starred Jack Carter with the incidental music by composer Virgil Thomson.

Voodoo Macbeth opened on April 14, 1936, at the Lafayette Theatre to critical acclaims by the public and critics. His next play for the Negro Theatre Unit was Turpentine, 1936, but this time without Welles. The two however combined for the Project No. 891 for the WPA unit in midtown Manhattan. The first of such productions was Christopher Marlowe’s Tragical History of Dr. Faustus directed by Welles who also played the title role. They followed it with the controversial play The Cradle Will Rock, 1937, written by Marc Blitzstein. Houseman left the Federal Theatre Project after the production.

After leaving the Federal Theatre Project, John Houseman and Welles founded the New York-based drama company, Mercy Theatre. They produced works like Julius Caesar, The Shoemakers’ Holiday, Heartbreak House, and Danton’s Death. Houseman nonetheless directed The Devil and Daniel Webster, 1939 and Liberty Jones in 1941. He also produced Native Son, 1941, with Welles coming on board as the director. Houseman and Welles later parted ways.

Having achieved success in theatre, John Houseman moved to Hollywood as a film producer. He was instrumental in the production of Citizen Kane, 1941, starring Welles. He signed with Paramount Pictures for movie production and the first work for the studio was The Unseen, 1945. That same year, he produced Miss Susie Slagle’s and followed it with The Blue Dahlia, 1946.

Houseman also worked with several other studios during which he produced works including, Letter from an Unknown Woman, 1948, They Live by Night (1949), The Bad and the Beautiful (1952), Holiday Sinners, 1952, film adaptation of Julius Caesar (1953), and Lust for Life (1956). Houseman was a founding director of the Drama Division of The Juilliard School, serving from 1968 to 1976.

John Houseman appeared in both films and television works. His role in the movie The Paper Chase, 1973, did not only bring him into the limelight as an actor but also won him an Academy Award and Golden Globe Award. Following the success of the film, he continued to feature in many other films including the role as Energy Corporation Executive Bartholomew in Rollerball, 1975, Three Days of the Condor, 1975, St Ives, 1976, Fear on Trial, 1975, and The Adams Chronicles in 1976.

He appeared in the television series Captains and the Kings, 1976, Our Town, 1977, The French Atlantic Affair, 1978 and The Associates in 1980. Houseman also appeared in films like The Babysitter, Mork & Mindy, Murder by Phone, 1982 and American Playhouse in 1982.