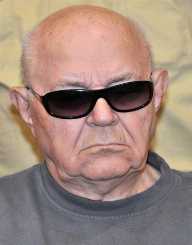 John Demjanjuk was born on April 3, 1920, in Dubovi Makharyntsi, Ukraine. He served the Soviet collective farm as a tractor driver. In 1941, he was engaged into the Red Army.  He later became a German war prisoner. He was then moved to the Nazi German Concentration camps, and after that, he was sent to the Trawniki Concentration Camp Division on his request. He after that worked in the Majdanek, Sobibor and Flossenbürg Nazi camps. In 1952, he went to New York City. In 1958, he officially became an American citizen. John Demjanjuk later worked at Ford Auto Plant in Cleveland Suburb of Seven Hills as a UAW auto-worker.

In 1986, John Demjanjuk was deported to Israel. He stood trials under Nazis and Nazi Collaborators Law of 1950 at the Israeli Court. In 1988, he was charged for working in the Nazi’s death camps as ‘Ivan the Terrible.’ He was later sentenced to death by hanging. In 1993, his sentence was dismissed due to inadequate evidence. In 1988, he regained his American Citizenship.

In 2009, John Demjanjuk was charged with being involved in the Sobibor death camp’s murder of Jewish prisoners. He was after that deported to Germany under the German Foreign Ministry’s order. He, later on, stood trials in Munich. In May 2011, he was pronounced guilty of all the charges.  He was then sentenced to Five Years Imprisonment but was later invalidated of his conviction. He became legally innocent.

John Demjanjuk married Vera with whom they had three children. John Demjanjuk died in March 17, 2012, in Bad Feilnbach elderly home in Germany. He was buried in the Brooklyn Heights cemetery’s Ukrainian section, Parma Ohio. He died at the age of ninety-one.