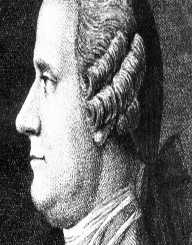 Jacob Roggeveen was born on February 1, 1659. He was a Dutch explorer. He discovered the Easter Island while on an expedition to find Terra Australis.

Jacob Roggeveen was born on February 1, 1659, in Middelburg, Netherlands. He was born to Arend Roggeveen who was a mathematician and Maria Storm. His father was so inclined towards discovering the mythical Terra Australis, but he died before he could make the discovery. He attended Latin School. He later joined the Academy of Saumur in France. In 1960, he graduated from the University of Harderwijk as a doctor in law.

Jacob Roggeveen started his career by working with the Dutch East Indies Company. In 1707, he served as a Council Lord of Justice at Batavia. In 1717, he returned to Middelburg. Though he was rich, he lived a sad life because he was widowed twice. He started thinking of exploring just like his father explored. He went on an expedition to discover the Terra Australis. The Dutch Indies Company offered him three ships for use in the expedition.

In 1721, Jacob Roggeveen left for the expedition with the three ships and a total of two hundred and twenty three men on his crew. In the expedition, he would seek the captains’ advice before he could make any decisions. In 1772, he and his team discovered the Easter Island on their expedition of the Terra Australis. He also found other islands of the Tuamotu Group. In 1723, he and his crew returned to the Netherlands after they decided that they could not reach Terra Australis.

Jacob Roggeveen married Marija Margarita, but she died in 1694. He later married Anna Adriana Clement, but she also died later after their marriage. He died on January 31, 1729, in Middelburg. He died at the age of sixty nine.