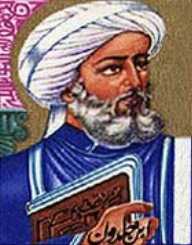 Ibn Khaldun is one of the most notable people in the history of Muslims. His most celebrated work ‘al-Muqaddimah’ which is translated to 'the Introduction' in English is considered as one of the most sublime and intellectual achievements of the middle ages. His wisdom is the most paramount heritage installed in all humanity and for all future generations. He also composed a comprehensive history of Muslims. Today's economist echoes him because of his low tax rate theory. Born 27th may 1332, Ibn Khaldun, wrote his autobiography. He died on March 17th, 1406.

In his detailed autobiography, Ibn Khaldun went through a traditional school system which included being taught by his father. His family’s political prominence significantly contributed to his wide range of knowledge. In his autobiography, Khaldun says that he was fond of reading books and mastered the Quran. The Quran enriched him with Muslim law and Arabic literature. He was also excellent in mathematics, and at school, he received several certificates.

Some of his family members held administrative positions in the traditional forms of government. One of them was an astronomer while another was a writer. Ibn Khaldun followed their footsteps closely and was documented as the earliest philosopher.

Sources have it that Khalduniyyah quarter and where Khaldun was born still stands unaltered.

His family shifted from Morocco to Spain during the Arab conquest. Most of them joined the army during the civil wars in which a number of them died. His father resigned from his administrator slot where he was an honoured soldier to pursue his passion for studying Theology and law.

People always came to him for consultancy and advice. However, he did not live long to practice his skills as the Black Death of 1948 to 1949 claimed his life together with Khaldun’s mother. Sadly, Ibn Khaldun became an orphan at a young age. Nevertheless, he grew up to be the great sociologists with a great personality.

Ibn Khaldun's polished speech and fluency in writing earned him a post at the Court of Tunis. He got a position as an aide to the Sultan of Morocco. Nearly after two years of service, he was thought of being part of a resistant group that was demonstrating against the Sultan. This discovery led to his confinement behind bars. He was released after two years and soon afterward left for Granada.

At Granada, the prime minister Ibn al_Khatib was compassionate with him on account of his forefather who played a significant role in its history. Khatib began to question his loyalty due to pressure from his enemies who felt threatened by their close relationship. By and large, he thought it would be wise to leave and went back to Africa.

Having gone back, Abu Abdullah who was in prison with him welcomed him warmly and even bestowed him the position of his prime minister. His primary duty was collecting taxes an act that displeased many people. Consequently, Ibn Khaldun collided with most people.

When Khatib died in 1366, his tranquillity did not last long, and he was imprisoned. He continued to pledge his allegiance to different political leaders a cause he upheld until 1375 when he decided to break from politics. That was when Khaldun composed the substantial masterpiece aimed at telling the history of Arabs. Despite his enthusiasm in history, he lacked the necessary materials.

Ibn Khaldun went back to Tunis his birthplace. This time he was faced with too much opposition that he decided to leave and never look back. He settled in Cairo, Egypt where his prominence was widespread. He was given an opportunity to lecture at different excellent schools. He served as a Maliki judge until he was relieved of his duties by his adversaries.

He tabled his resignation which was speculated to have been triggered by his family’s tragedy. Unfortunately, a ship ferrying his wife and children sank due to a storm, and everyone on board died. Later, he got other appointments to different positions which never lasted for long. His family outcome deeply traumatised him, therefore, often at workplace he was laid off, or he resigned.

On another occasion, Ibn Khaldun participated in negotiations with Timur who had surrounded Damascus. The Sultan of Egypt had to rush back home to deal with an insurgency leaving Khaldun and other top officials to carry on the rescue mission. He used diplomatic tactics such as gifts which Timur gladly accepted. With tactical political negotiations, he highly succeeded and was credited for his excellent work.

He returned home and took advantage of the tranquillity that existed at that time to complete his autobiography and his masterpiece. He published several books stressing on the Arabic literature and prestige.

The 'Maquaddimah' still is his most renowned work in which he puts down his wisdom and experience in politics and history. Other works included writing the 'Book of Lessons' which was initially perceived to be a history of Berbers, but later it was magnified as the history of the whole world.

Khaldun came up with the social conflict theory. In this theory, he argued for sedentary lifestyles as compared to a nomadic lifestyle. This theory discussed segments such as politics and economics. In it, he provided insight into the strategies of setting up a kingdom and civilisation.

Ibn Khaldun married the love of his life at a tender age. They later sired children. Due to his unstable job security and hopping from one country to another, his family lived at bay for a while. His wife and children lost their lives in a shipping tragedy while travelling to unite with him in Egypt.

Ibn Khaldun wrote and published some books most of which reflects on the Arabic history and culture. At only 19 years, he composed his first book which his teacher assisted him. He also wrote the book titled 'work on logic' while he was serving as a judge. Ibn Khaldun died while holding the office of the Maliki Qadi on 17th March 1406. Some sources claim that his health majorly deteriorated when he got imprisoned at his elderly age which highly contributed to his death.

Several scholars said that Khaldun played a crucial part in the history of human race in his contribution to social thoughts. Arnold Toynbee regarded the 'Muqaddimah' as unreservedly the unique and precious work of all times. In 1960, Ottoman scholars partially translated the masterwork 'Muqaddimah' into Turkish. This version was limited to just a small proportion of the world. Therefore it was translated into French which was legible by a vast audience.

Ibn Khaldun was honoured as the father of sociology in 2004. In 2006, Spain held a 600th memorial service since the death of Ibn Khaldun. A statute was put up in his honour in Mohandesin, Cairo.