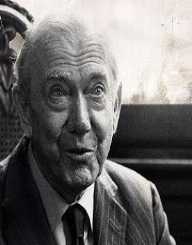 Henry Graham Greene, also known with the name of Graham Green is one of the most renowned British novelists of the 20th century. He got famous for his work ‘The End of the Affair’ in the year 1951 which is also considered to be the most widely read and critically acclaimed novels of Graham Greene’s career and in the history as well.

His career as a novelist lasted for over 65 years comprising of more than 25 novels revolving around the ambivalent moral and political issues of the modern world with a Catholic perspective quite often.

Graham Greene was born on 2nd of October in the year 1904 in St. John’s House, Hertfordshire. He was born to Charles Henry Greene who was a housemaster at a boarding house and Marion Raymond Greene.

He also started his studies by attending the same school his father was a housemaster at, but later he became a headmaster in the year 1910.

Graham Greene did not have the best of childhood as he was often bullied and got depressed profoundly. Following the same, he made several attempts to commit suicide as also highlighted in his autobiography for which he was also sent for psychoanalysis for a period that lasted six months and on his return he was also made a day scholar.

While he was at Oxford, he used to suffer periodic bouts of depression and was of a timid nature and usually kept things to himself. He graduated from the university with a degree in History with a second class in the year 1925.

Graham Greene’s first publication came when he was an undergraduate at the Balliol College, Oxford which was a poem titled “Babbling April” but it was a poorly received volume.

After graduating from Oxford, he worked for some time as a private tutor and later he shifter to journalism working at Nottingham Journal and then progressing to becoming a sub-editor with the Times.

His first published novel came out in the year 1929 by the name of ‘The Man Within’ which received a favorable reception. It also strengthened his decision to leave the job as a sub-editor and thereby work as a full-time novelist.

But to his sheer disappointment, his next two books were unsuccessful. His first big success came in the year 1932 when he wrote a novel by the name of “Stamboul Train,” and it was received so nicely that it was also adopted by the Book Society and later made into a film by the name of Orient Express in the year 1934.

His reputation as a novelist just grew after this success, and by the year 1950, he was regarded as one of the finest writers of his generation. The only problem that arose with time was the difficulty to make a distinction between entertainment and novel, and his last works which can be categorized as entertainment was ‘One Man in Havana’ in the year 1958. Besides that, he also wrote various short stories and plays, and his first play made a debut in the year 1953 by the name of “The Living Room.”

Graham Greene was an agnostic. He met Vivien Dayrell Browning while corresponding as she had written to him to correct him on the point of Catholic doctrine and following the same; he fell for her and began to think about marrying her. They got married on the 15th of October in the year 1927 in London.

The couple had two children from the wedlock, i.e., Lucy Caroline who was born in 1933 and Francis who was born in 1936. Though he had left the family in the year 1947, they were never divorced as Vivien refused to do so. Throughout the entire span of their marriage, Graham Greene had several affairs and sexual encounters.

In his final years, Graham Greene regarded his books as his children and had very rough last few years. He suffered from manic depression and was also involved in a lawsuit which he lost. But he died in the year 1991, on April 3 at the age of 86 while suffering from leukemia.