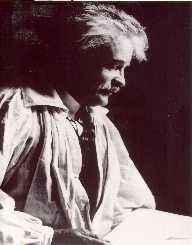 Georg Jensen was a renowned silversmith famous for his delicate and intricate craftsmanship that won the hearts of many. A fine silversmith and sculptor, he became a profitable businessman in his later years when he established the renowned Jensen A/S, with his craftsmanship still honored and in stores long after his death.

Georg Jensen had several marriages with several women in the course of his life. His first marriage was to Marie Christiane Antonette Wulff at the age of 25 in 1891. They had two children together named Vidar and Jorgen. 6 years later, their marriage came to an end when Wulff died from suffering a kidney disease back in 1897. His second marriage was to Maren “Magne” Pedersen, his housekeeper, in 1904.

He had a daughter named Vibeke, but once again, their marriage was cut short when Magne died of tuberculosis in 1907. His third marriage was Laura Julie Johanne Nielsen who he met in the spring of 1907. It was love at first sight for them both, so the pair married the same year. Together, they had three children named Lise, Birgitte, and a son named Søren.

However, like his two previous wives, Nielsen was also taken away from him in the form of the Spanish Influenza in August 1918 that plagued Europe at the time. His fourth wife was a woman named Agnes Christiansen whom he married in 1920 and bore him a daughter named Mette.

Born on August 31, 1866, in Rådvad, Denmark as Georg Arthur Jensen, he was the son of a local knife grinder in the small town of Rådvad and a housewife. As a child, he grew an interest in craftsmanship and pursued the craftsmanship.

The Humble Beginnings of a Master Craftsman

At the age of 14, Georg Jensen began training as a goldsmith under the firm called Guldsmed Andersen in 1880. His apprenticeship with the firm ended four years later in 1884 and from there, he began pursuing other artistic interests.

Shortly after his apprenticeship, he entered the Royal Academy of Fine Arts intending to be a sculptor, owing to it the fact that it was what he wanted as a child. He graduated at the age of 25 in 1892. Before his graduation, Jensen had one of his works displayed at the Royal Academy during the Charlottenborg annual exhibition, a renowned art show held yearly at the academy.

Despite being a skilled sculptor, it was not enough to earn him a decent income. Fortunately, he made the acquaintance of Johan Rohde, a multi-talented craftsman. At the time, Rohde established an art exhibition called den Frie Udstilling (The Free Exhibition) and invited Georg Jensen to showcase a piece of his work. For the show, he worked alongside Petersen and produced their collaborative work entitled “The Maid on the Jar.” The article was displayed in the Danish Pavilion held at the 1900 World’s Fair in Paris and won international acclaim.

Following this event, the Danish Academy granted Jensen a travel grant which he used to explore Europe. While touring Europe, he took a liking to the growing art style at the time, Art Nouveau, which he reflected on his works later on.

Finally summing up what little was left of his finances and courage, Georg Jensen set up his shop in Copenhagen at the spring of 1904 at the age of 37. Jensen began producing intricate silverware which soon caught the attention of the general public.

Soon enough, he received bulk orders and commissions, which prompted him to expand his shop. By the end of the 1920s, he already set up shops in Berlin which opened in 1909, followed by the branch in London that operated in 1921, followed by New York City three years later in 1924.

But what catapulted Georg Jensen to fame is his work on silverware and jewelry that caught the eyes of people. He spent the last ten years of his life working as a silversmith until his death on October 2, 1935, at the age of 69. Upon his death, his son Søren took over the family business.