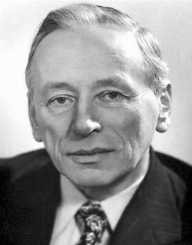 Frits Zernike was born on July 16, 1888, in Amsterdam in the Netherlands. He was born to Frederick August Zernike who was a headmaster and Antje Diepernik who was a mathematics teacher. He was brought up alongside five siblings. He had an interest in physics from a very young age.

He did well in science subjects. He set up a small observatory at his home where he took photographs of comets. He also assisted his parents in solving complex mathematics problems. In 1905, he joined the University of Amsterdam where he studied chemistry, physics, and mathematics.

In 1913, he became an assistant to Jacobus Cornelius Kapteyn, head of the astronomical laboratory of the University of Groningen. In 1914, Frits Zernike worked with Leonard Salomon Ornstein with whom he devised the Ornstein-Zernike Equation. In 1915, he obtained his Ph.D. from the University of Amsterdam.

In 1915, Frits Zernike became a lecturer of Mathematical Physics at the Groningen University. In 1920, he was appointed a professor of Theoretical Physics at the University. In the 1930s, he began studying optics widely. He also developed the phase-contrast theory. In 1933, he explained his findings to the Physical and Medical Congress, Wageningen.

In 1938, Frits Zernike developed the phase contrast microscope. In the same year, he suggested the Cittert-Zernike Theorem. In 1941, he became the chairman of the Mathematical and Technical Physics and Theoretical Mechanics Departments. In 1958, he retired from the post of Professor of Theoretical Physics at the University of Groningen.

In 1930, Frits Zernike married Dora van Bommel van Vloten with whom he had a son, Frits and an adopted Theodora’s adopted daughter, Zernike. In 1945, his wife died. In 1954, he married Lena Koperberg. In 1958, he fell ill. He died of prolonged illness on March 10, 1966, in Amersfoort in the Netherlands. He remains a respected mathematician and physicist to date. A crater in the moon with a diameter of forty-eight kilometers has been named Zernike in his honor.