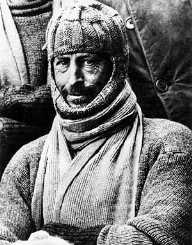 Douglas Mawson was born on May 5, 1882, in Shipley, West Yorkshire, England. His parents were Margaret Ann (Moore) and Robert Mawson. When Douglas was a small child, the Mawson family moved from England to Australia, where Douglas spent much of his life.

Douglas Mawson attended the Fort Street Model School. He attended this school until he graduated in 1899. After graduating, he enrolled in the University of Adelaide. While there, he studied geology. He later graduated with a degree in mining engineering in 1902.

After graduating from the university, Douglas Mawson went on an expedition for New Hebrides. He was on the expedition for about six months. In 1905, he got his first formal job, teaching geology at the University of Adelaide, where he had also attended college. While working at the university, he also did field investigation in Wales. Douglas Mawson was also working on earning a doctorate at this time. All of this kept him very busy.

In 1908, Douglas Mawson was invited to take on another expedition, this time to Antarctica. Other scientists (Ernest Shackleton, Edgeworth David, Alistair Mackay, Jameson Adams, and Eric Marshall) also accompanied him on the expedition. Shackleton leads the expedition. In February 1908, the group made it to Antarctica. A month later, the team climbed a mountain on the continent, Mount Erebus. No other group had ever done this before. Afterward, the group went home.

Another expedition took place in October 1908. This time, the crew (Mawson, David, and Mackay) aimed to find the magnetic South Pole. The crew did not arrive at the South Pole until January 1909. The crew claimed this land as land for England. On the way back to Australia, Mawson took control of the expedition. The team’s food was running out, and tensions were high. Luckily, the team made it back alive.

Douglas Mawson was invited to take on another expedition in 1910, but he turned it down, as he was already planning his expedition. For a couple of years, Mawson spent time collecting the perfect crew for his expedition. In 1912, the team finally made it back to Antarctica. While there, the team did geological, as well as other scientific research. Unfortunately, this expedition was more dangerous than the ones before. One of Mawson’s teammates, B.E.S. Ninnis, died. The team as a whole also faced other problems, such as running out of food and other necessary items. Another member of the team, Xavier Mertz, later died from a disease. Douglas Mawson himself almost died but was saved when he reached a base camp. It was not until December 1913 that Mawson and the rest of the surviving crew member were finally able to go home.

After exploring Antarctica, Douglas Mawson wrote about his experiences in the book, The Home of the Blizzard.

After returning from his latest expedition, Douglas Mawson joined the British Ministry of Munitions. He also served as a major. He served throughout World War I.

After World War I, Douglas Mawson taught at the University of Adelaide until 1929. In this year, Mawson let the university once more to lead another Antarctic expedition, while was called the British Australian and New Zealand Antarctic Research Expedition (BANZARE). While on the expedition, the group mapped parts of the continent and took on more scientific research (including research in the fields of biology, geology, zoology, and oceanography). This expedition lasted until 1932. After the expedition, Mawson went back to work, teaching at the University of Adelaide until he retired in 1952.

Douglas Mawson was awarded some medals and other awards from various organizations because of his work in Antarctica. Some of his awards are listed below.

Douglas Mawson married Francisca Delprat in 1914. The couple had two children together: Jessica and Patricia. The couple remained married until Douglas’s death.

Douglas Mawson suffered a cerebral hemorrhage, which took his life on October 14, 1958, in Brighton Australia. He was 76 years old when he passed away.

Numerous cities and mountains have been named after Mawson. Mawson Station and Mawson Hut, both in Antarctica, are named after him. Mawson’s face was featured on the Austrian $100 bill for about ten years. His face also appeared on a coin in Australia in 2012.