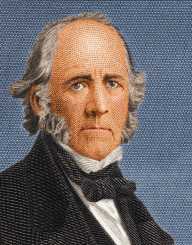 Davy Crockett is one of the well-known American folk heroes who gained his reputation as a colonel in Lawrence County, Tennessee and represented the Tennessee State Legislature and the Texas Revolution. As a congressman, he opposed the Indian Removal Act which resulted in his defeat in 1831 elections.

Davy Crockett is of French ancestry and a son of John and Rebecca Hawkins. He was born on August 17, 1786, in Limestone, North Carolina. At the age of 12, his father indentured him to Jacob Siller where he tended cattle’s so that they could deal with their family’s indebtedness.

Later, he joined for Jesse Cheek where he had a cattle drive to Front Royal in Virginia. After completion of the trip, he worked for John Gray and Journeyed to Christiansburg where he apprenticed with Elijah Griffith. Due to his father’s debt with Abraham Wilson, Crockett used to work for him without pay for four years. After he paid the debts, he returned to Canady’s where he used to work for four years.

During the Creek War, Davy Crockett left his family and enlisted as a scout with the Francis Jones Company of Mooted Riflemen. During this period he served under Colonel John Coffee and hunted wild game for soldiers until December 24, 1813.

Later on September 28, 1814, he re-enlisted with the Tennessee Mounted Gunmen as third Sargent for a six-month term. He returned home in December and hired a young man to fulfil his role during the remainder of his service. Crockett relocated with his family to Lawrence County and started his service as a commissioner in the new countries boundaries.

Later on November 25, the state legislature appointed him as a county justice of Peace. On March 27, 1818, he served as a Lieutenant Colonel of Fifty-seventh Regiment of Tennessee Militia. Eventually, he resigned from the office of chief of justice with the regiment to spend more time with his family and operate his business in 1819.

In 1821, Davy Crockett resigned from his role as a commissioner to run for a seat in Tennessee General Assembly and started serving on the Committee of Propositions and Grievances on September 17, 1821, till November 17. During his legislative career, he fought for the rights people who had improvised shelters due to states complicated systems of grants.

In 1823, he served for a first session representing the counties of Carroll, Humphreys, Henderson, and Madison till its end in November 1823. His second period ran through November 1824 which he used to champion for the rights of impoverished farmers.

In 1824, Davy Crockett ran for the seat of U.S House of Representatives, and although he lost it, he won a congress seat which he served from 1827-1829. During this period, he focused on settlers and gained a fair deal for the land titles.

Crockett was re-elected for another session from 1829-1831 and introduced the H.R 185 amendment to the farm bill. In 1830, he opposed the Indian Removal Act and ran for a congress position in 1833 which he won and served until 1835. During his last term in Congress, he published his autobiography titled, ‘A Narrative of the Life of David Crocket, Written by Himself’ in 1834.

His wife died three years after they settled and Crockett married his second wife, Elizabeth Patton. In their new marriage, they had a son, Robert Patton and two daughters, Rebecca’s Elvira and Matilda. In 1821, a flood of Tennessee River destroyed his businesses and received a deeded Carrol Property from his father in law which he used to settle his debts and ran for a General Assembly seat.

One of his sayings ‘Always be sure you are right, then go ahead’ was published in 1835-1856 in almanacs. Notably, the U.S Postal Service issued a five cent stamp to commemorate him in 1967. Places in Texas such as Crockett County, Crockett Street and Fort Crockett, Galveston County are named after him. A Crockett statue is located in Ozona, Texas.