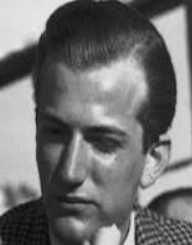 Claus Von Bulow was born on August 11, 1926. He is a British socialite. In 1979, he was convicted with the attempted murder of his wife, Sunny Von Bulow. Her wife here never recovered from the coma that hit her due to the attempted murder. However, later on in a second trial, Claus’ conviction was overturned, and he was found not guilty. He tried to murder his wife in 1980 by the administration of an insulin overdose which left Sunny in a vegetative state for the rest of her life. He is currently ninety two years old.

Claus Von Bulow was born on August 11, 1926, in Copenhagen in Denmark. He was born to Svend Borberg who was a socialite and Jonna Von Bulow who the daughter of Frits Bulow of Pluskow. Claus joined Trinity College in Cambridge where he studied law. He graduated from the college with a Law Degree. In the 1950s, he started practicing law in London. He later became a personal assistant to J. Paul Getty, a post he held up to 1968.

In 1966, he married Sunny who was the former wife of Prince Alfred of Auersperg with whom he has a daughter, Comisa Von Bulow who was born in 1967. Sunny, however, had two children from her previous marriage, a son and a daughter. While they were married, Claus worked as a consultant to oil companies for most of his career.

In 1982, Claus Von Bulow was arrested for the attempted murder of his wife twice. He was accused of trying to kill his wife by administering an overdose of insulin to her which left her in a coma for the rest of her life. A needle that was used to administer the insulin was presented in court by the prosecution and scientific evidence was used to try him. Doctors showed that though his wife had low blood pressure, the insulin content in her body was high. Bulow, however, used the evidence presented by the prosecution to appeal his conviction after the first trial ended.

The first trial took place in Newport where he was found guilty of attempted murder and sentenced to thirty years in prison. He later appealed the conviction with the help of lawyer Alan Dershowitz. At the appeal, the defence used the discovery of the needles and insulin kits used as evidence in the first trial to make arguments, claiming that the discovery of the evidence was made unlawfully. In 1984, the convictions against Claus were reversed by the Rhode Island Supreme Court. In 1985, a second trial was conducted, and he was found not guilty of the attempted murder of his wife. Alan Dershowitz later wrote a book ‘Taking the Stand’ which was all about Claus’ dinner party after he was found not guilty at the second trial.

Claus Von Bulow's trials have been featured in ‘A Series of Unfortunate Events’ with Claus’ character being portrayed by Klaus Baudelaire. He is currently ninety two years old.