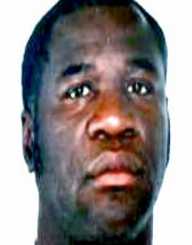 Clarence Heatley was born in 1953, in New York City, where he grew up in Harlem. Although he did attend school, he dropped out in fourth grade. He later got into some trouble and was sent to juvenile detention. This all occurred before he was nine years old. This was a precursor to his adult criminal career.

Clarence Heatley, also known as, the Preacher or the Black Hand of Death, started his criminal gang in 1983. His organization sold drugs, specifically cocaine in New York City, but it was kept quiet to a certain extent. In other words, you couldn’t know.  It is stated that he not only sold cocaine but derivatives such as crack, heroin as well as PCP and other drugs. Not only did the Preachers Crew sell drugs, but they also practiced extortion, kidnapped and even killed/ their rivals both in and outside the organization, and all to make a name for the Preacher Crew.

His right-hand man through all of this was former policeman John Cuff. Cuff acted as his bodyguard and his enforcer/assassin if you will. The crew along with John Cuff, and at the direction of Clarence, murdered countless individuals. There were certain rules that Clarence required that his group follow one of which was that they were not to harm or otherwise go against or tell on another member within the Preacher Crew.  The result of such an incident would be death. And he expected all involved to follow these rules or face the consequences. It was indicated that he had some of his members murdered for not following this particular rule, not only as a punishment but also as a reminder that he was the law. All of this would come home to roost on him.

However, Clarence seemed to have a legitimate way to make money in the business sector. He was the owner of his own apartment building. But in reality, he was operating his drug business out of that building.  He operated from the year 1990 to 1996 at which point he was arrested but for murder and not for drugs it appears.

On July 15, 1996, Clarence was charged with three counts of murder and conspiracy to murder in the aid of racketeering. The next month on August 12, 1996, he was officially arrested for same. While awaiting trial, he received an additional 42 count federal charge list that included the following:  narcotics trafficking, 11 murder, and 11 murder conspiracies. This charge was unsealed and released to the public in November 1996.

One year and one month later, on December 7, 1997, another federal charge list was released listing 86 counts of racketeering in addition to his already long list of charges. At the time that he was charged the government had recently unveiled their drug kingpin law which allows the prosecuting attorney or government to ask for the death penalty in a case like this one. They did indeed charge Clarence Heatley with the drug kingpin law. He was the first to be caught under this act. The indictment stated that he had committed or conspired to commit some of the following murders: Tommy Jones, Jose Rodriguez an others. One was a 12-year-old boy.

drug-related homicides. In effect, he admitted to telling members to kill other people, sell drugs, blackmail, rob and kidnaps persons all to further his aspirations of being a drug dealer with an empire in the Bronx and Manhattan.  In exchange for his guilty plea, he avoided the death penalty and instead got multiple life terms in prison.

Upon his sentencing, he received life plus 225 years for his crimes and is serving out his time in the Florida United States Penitentiary Coleman.

Who is not mentioned in this list is the 12-year-old who was kidnapped by the Preacher Crew and held hostage until his death. This held the nation in its thrall for the duration as it unfolded, but he was still murdered before they got there.

Clarence Heatley was by no means a man that you would want around your family, but despite his fourth-grade education, he owned his own apartment building and operated business- criminal though it was.