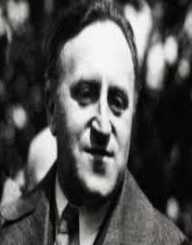 Carl Von Ossietzky was famously known as a prominent journalist and peacemaker. His extraordinary talent allowed him to receive the Nobel Peace Prize in 1935. Carl dropped out of school at his tender age, but this didn’t stop him from pursuing his dreams. Although he was widely known as a pacifist, he was also destined to sacrifice his life for the sake of his country. It was here that he served during the First World War. By the end of the war, he acted as a journalist and chair of the German Peace Society. In short, Carl turned into a star where courage and confidence stood with him.

On 3 October in 1889, Carl von Ossietzky was born in Hamburg, Germany to Rosalie and Carl Ignatius Ossietzky. His father was a remarkable stenographer. Unfortunately, he died when Carl was two years old. At the age of nine, his mother married Gustav Walther who introduced Von to the political field. Carl didn’t perform well at school as he had expected. This caused him to drop out in the middle when he opted to work as an administrative, civil servant. Either way, he landed a journalism job.

In the mid of 1913, Carl Von Ossietzky announced that he wanted to become a peacemaker. It is here that he came up with an article that went against Prussians. He turned into a prisoner, but he was later released after paying a double penalty.

In 1920 Carl published an Information Sheet publication under the German Peace Society in German. Before long he took a white-collar job at Berlin People’s Paper as an editor. The said paper founded a political party that was named as Republican Party in 1924. He was determined that his Party will come to save him, but it did not. This is when he ended his political deals and went to join one of the political magazines The Journal. It is here that he acted as a political analyst.

In 1926 Carl Von Ossietzky joined with the German publication that was famously known as The World Stage. After a few months, he was appointed as the editor in chief of the paper. The paper was known for its strong points of view. He continued with his editorial job when he was held guilty of insult and defamation. He became a prisoner for a month.

Haunted by his previous actions, he continued with his former calling and with a never give up attitude he published another article in The World Stage publication. The report went against the German rulership and military. After a short time, he was sent to prison for 18 months, but he was lucky to serve for seventh months without torture.

Political and peace treaties gave him a chance to oppose the Nazi Party that was governed by Adolf Hitler. Carl Von Ossietzky fiercely wrote about several dangers that were imminent when joining the Nazi Party. He was later arrested when Hitler served as a Chancellor of Germany. He was moved to KZ Esterwegen camp where he tasted the volley of torture and brutality. It came to the point that wardens denied him basic needs.

In 1936 Carl Von Ossietzky was recognized with a Nobel Peace Prize. The award brought controversies between Nazi and Carl’s leadership. He was forced to decline the honor where he took it without Nazi’s consent. When it comes to his personal life, Carl married Maud Lichfield-Wood in 1914. The couple had a daughter called Rosalinde. Carl was an ideal peacemaker, but his pacifist plans were cut short on May 4 in 1938 due to tuberculosis at 48 years of age. During his final days, he was released and kept under inspection.