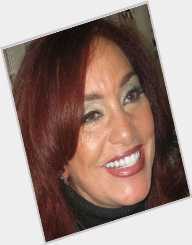 The Tunisia-born Algerian poet and novelist, AhlamMosteghannemi has, through her writing led the strong fight against fundamentalism, corruption, injustice, and denigration of women’s rights. With several awards Ahlam, she has received from her home country and even other countries around the world, she is undoubted, one of the most successful Arab writers of her time.

Ahlam was born on 13th April 1953 in Tunis, Tunisia to Mr. Mahammed Charif, a French teacher, turned Algerian Liberation Fighter and his wife. His father was forced into exile because the French Government wanted him due to his participation in the Algerian liberation war. At the time of she was born, her home country was going through a period of great turmoil.

In 1962, Algeria finally gained independence and the young Ahlam, alongside her family, went back to her motherland. Upon their return, his father took one of the major roles in the first government of independent Algeria. In the 1970s, however, there was an assassination attempt in which her father, one of the major targets, fell a victim and was hospitalized.

Consequently, Ahlam, being the first-born, became the family breadwinner. She started working as a radio host with the National Radio, and at the age of 17, she had already gained fame all over Algeria due to the great popularity of her poetic daily show called “Hamma sat” (Whispers).

Ahlam started her writing career in 1973 when she published “Ala Marfa al Ayam” (To the Days Haven) becoming the first woman to publish a poetry collection in Arabic. This placed her in an untraveled and thorny path. During that time, the Algerian society had just started recovering from the colonial past and was in the process of rebuilding its identity.

As a result, it was not only unprepared to see a girl freely express herself on subjects like love and women's right but also to see her use their sacred language, Arabic, for this purpose. The same year, Ahlam graduated with a B.A in Arabic literature from the University of Algiers. Shortly after her graduation, Ahlam applied for admission to the University’s masters program.

The University denied her this chance claiming that her freedom of expression had impacted negatively on other students. Ahlam however, continued her writing work, and in 1976, she published “Al Kitaba fi Lahdat Ouray” (The Writing in a Moment of Nudity). Following her failure to conform to the political line of her time, she was finally expelled from the Union of Algerian Writers.

In appreciation of her work titled “Memory of Flesh,” Ahlam was awarded the Naguib Mahfouz Literary Prize in 1998. In 1999, she received the George Tarabeh Prize for Culture and Creativity in Lebanon. Still in Lebanon, in 2004, she was awarded the Pioneers of Lebanon Committee Medal for her overall work. In the year 2006, she received the Medal of Appreciation and Gratitude in Constantine before being named the Algerian Personality of the Year just one year later by the Algerian Press Club.

Ahlam list of awards continued to expand in 2007 in Tripoli, Libya when she received the Shield of Al Jimar Foundation for Arabic Creativity. In 2009, Ahlam was awarded the Shield of Beirut by the Beirut Governor in a ceremony held at UNESCO Palace and which was attended by 1500 people. Ahlam received several other awards, and a lot are still expected to come her way given her ever-increasing fame. She is also hugely popular on Facebook & Twitter and has millions of fans who view her as a role model.

Ahlam met Georges in Algiers, and the two soon fell in love. He was a Lebanese historian and journalist who had a thorough knowledge of Algeria and was preparing his thesis at the time they met. The Thesis was about “Arabization and Cultural Conflicts in Independent Algeria.”. In 1976, they relocated to Paris, France where they married and settled. Later, Ahlam was enrolled in La Sorbonne, Paris where she studied and finally obtained a Ph.D. in Sociology in 1982.

Ahlam spent a total of 15 years in Paris during which she gave birth to her three children, all male. She also contributed to several magazines. In 1993, Ahlam relocated to Lebanon, her husband’s homeland, where she published her first novel titled “Zakirat el Jassad” (Memory of the Flesh) which later had great success through the Arab world.

Ahlam later wrote other novels including “Fauda el Hawas” (The Chaos of Senses) in 1997, “Aberdare” (Bed Hopper) in 2003 and The Art of Forgetting in 2010. Ahlam latest novel “El AswadYalikouBiki” (Black Suits You so Well) was published in 2012. For over 35 years of her career life, Ahlam contribution has greatly enriched the Arabic literature scene.