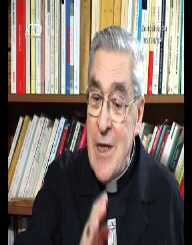 The Archbishop of Paris, Aaron Jean-Marie Lustiger was a converted Roman Catholic born into a Jewish family from Poland. Cardinal Lustiger believed that Christians and Jews could live together in peace and looked at Christianity as an evolution from Judaism.

Cardinal Lustiger was the leader of nearly 45 million French Catholics for more than 20 years. As a cardinal, he took the oath of celibacy and was against abortion and racism. Loved by both Jews and Christians, Lustiger was a humble, friendly and outspoken person with a great degree of intelligence.

Cardinal Lustiger took birth on September 17, 1926, in Paris. Interestingly, his parents were Jews. Charles and Gisele Lustigerwere originally from Poland, but went to France during the World War I. Charles owned a  hosiery shop. Cardinal Lustiger received his primary education from Lycée Montaigne in Paris.

In 1940, France came under Germany’s governance, and his parents sent young Aaron and his sister away to safety. Cardinal Lustiger was influenced by the ideas of Christianity and decided to adopt it. After facing resistance from his father who didn’t want his son to change faith, Lustiger converted to Christianity.

Jules Marie Courcoux, the Bishop of Orleans baptized him, and he took the name Aaron Jean Marie Lustiger. Lustiger’s mother was captured and sent to Auschwitz – the graveyard for Jews in 1942. She did not survive the concentration camp. Lustiger managed to escape with his father and sister.

After the war ended, Cardinal Lustiger went to the Sorbonne for education and then enrolled at the Catholic Institute of Paris. He was ordained in 1954.

For the next five years, Cardinal Lustiger served as a chaplain at the Sorbonne. Then, he became the director of the Richelieu Center, where chaplains were trained. He continued to work there till 1969. In 1969, Cardinal Lustiger became a parish priest of Ste. Jeanne de Chantal, 16th arrondissement of Paris.

Cardinal Lustiger transformed a lethargic and wealthy group of people into more active and energetic members of the society. By order of the Pope, he became the Bishop of Orleans in 1979. Two years later, he became the Archbishop of Paris, despite not being born in France.

In 1983, he became the Cardinal-Priest of Santi Marcellino e Pietro. Pope John Paul II liked Lustiger for his honesty and dedication and often took his counsel. After becoming the Archbishop of Paris, Cardinal Lustiger ordered the construction of new churches and created a theological faculty in the Écolecathédrale de Paris in 1984.

Ten years later, he became the Cardinal-Priest of San Luigi DeFrancesco. Due to his fame all over the world, he was a possible successor to the Pope. Many people gave him the nickname The Jewish Pope. Cardinal Lustiger resigned in 2001, but his resignation was accepted only four years later in 2005. He was 79 years old then internationally famous and much loved by both Christians and Jews.

Cardinal Lustiger took several steps to improve the Catholic-Jewish relations and won the prestigious Nostra Aetate Award in 1998. Cardinal Lustiger also received the Bailli Grand-Croix'honneuret de dévotion of the Sovereign Order of Malta and the Grand-Cross of the Order of the Infant Henry the Navigator.

Cardinal Lustiger was a devoted Catholic and had taken the oath of celibacy. He was humble, friendly and loved by many. Cardinal Lustiger opposed racial discrimination and preached the equality of mankind. He also opposed abortion.

Cardinal Lustiger died on August 5, 2007. At the time he was 80 years old and suffering from bone & lung cancer.