While this article could go into detail of every number, it will stick to the numbers one through nine. These numbers are pretty much the building blocks of numerology. Every number, recurring or not, can be broken down into one of these numbers.

First, lets discuss how to break down a number to get it to be one through nine. Let’s begin with something simple. Say your birthday is March sixth. To break this down you would take the 3 from March and add 6, getting 9. With larger numbers, like 25, it goes a little differently. Say your birthday is October 25th. You would have to break down both the 10 and 25 to get a number between one and nine.

To do this you would break down 10 and 25 like this: 1+0+2+5. This equals 8, which you could then use the numerology symbolism for to find out its symbolic meaning. This breaking down method doesn’t just work for birthdays, but for all numbers. Try it out sometime. Now let’s discuss what each number from one to nine means in numerology predictions. 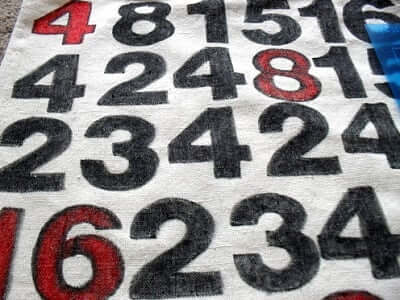 One is generally a pretty positive number. You are #1! The number one best symbolizes the individual drives that people get. This number is usually related to some more masculine traits like being determined, independent, and rebellious. Of course, women can also be focused and self-starting, which are also things that the number one can symbolize. Of course, one also has some bad traits of being stubborn and weak at times.

Number 2 has many more feminine traits than one does. Two is said to better symbolize sensitivity and cooperation. Two also represents intelligence and patience. Intuition is a huge symbol within the number two. There are negative traits for this number, like all numbers, as well. Sometimes number two can be seen as a symbol for laziness, carelessness and liars.

Three is the number for creativity! Imagination, expression, and joy are all symbolized by the number three. The number 3 can provide muse and inspiration, as well as youthful energy to get the things done that you want to do. Three’s negative traits have to do with having a large ego, being intolerant and hypocritical. People with the number three often think that they are better than others.

Four is a strong number and represents the same. People who relate to the number four tend to be self-motivating, stable, and reliable. They also are trustworthy and loyal friends. If you were to compare it to a zodiac sign they would be Virgo. Four’s downsides are not terrible, people who relate to the number four just tend to be boring because of how stable their lives are. They are nearly the opposites of three, lacking a creative bone in their body.

Five does a complete 180 from the number four. If five were a person they would be full of energy and love to go on dangerous adventures. The number five symbolizes adaptability, bravery, and the sense. The downsides of fives is that the number brings danger, carelessness and materialism.

Six is a motherly number. It represents responsibility, compassion, protectiveness and health. If six were a person they would be a mother, doctor or teacher because of their caring traits. The negative traits of number six is simply overdoing it too often. Being too protective, worried, or jealous.

Seven is often said to be a lucky or religious number. Because of this, the number seven is often associated with purity, strength, power, and love. Of course, seven also symbolizes wisdom, seriousness, and grace. The negative points of seven is that the number can also represent cowards and idiots.

Eight is the business number. Number 8 symbolizes power, strength, balance, and control. If eight was a person they would be highly reliable and loyal as well. Some of eight’s worse qualities is that eight symbolizes greed and insensitivity as well.

Nine, lastly, is the number that symbolizes friendship and charity. If nine was a person they would make the best friend. Nine is a number that represents compassion, loyalty, generosity, and cooperation. However, number nine can also symbolize materialism, narcissism, and discontentedness.

These are the most common meanings of these nine numbers. It’s up to you which meanings apply to your situation. It’s also good that you might be making numbers seem recurring in your own life. If you’re looking for a number, then it’s more likely to show up. Good luck decoding your recurring numbers symbolism!

Share
Previous The Key to Happy Long-term Relationships: Act Like You’re Still on a First Date
Next Kundalini Yoga