Are You Dating A Possessive Boyfriend?

There’s a line between caring and controlling. And possessive boyfriends cross it. There’s nothing wrong with sending a text message here or there to see how your loved one is doing, or worrying if he hasn’t heard from you all day (if that’s out of the ordinary). Or even being curious about the guy that always comments on your photos.

But that can easily go to far. Always asking where you are or who you’re with, making you feel guilty for having other plans because you don’t spend enough time with him, telling you how to dress or what to eat or how much you should be eating or drinking.

So you have a few options, some easier than others, and some better done earlier than later. In the beginning of any relationship, you should be setting boundaries. Making clear what you will put up with and what you won’t.

It’s about having enough self-respect and love for yourself to do that. The other side of that is finding a boyfriend who respects that about you, as well. If he doesn’t respect the boundaries you set, by all means, run. Run like the wind, girl!!!

So if you do start noticing some hints of possessiveness or jealousy, address them. Don’t just let them slide. I promise they won’t get any better, because you’ve already relinquished the power over you to him. 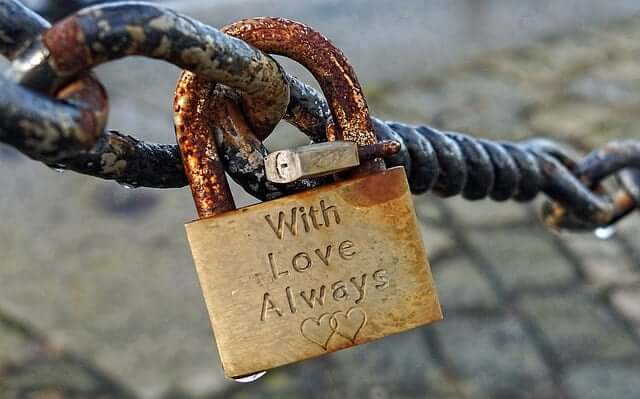 How To Deal With A Possessive Boyfriend?

When he starts to complain, or even worse instigate a fight, because you didn’t respond to his text message immediately or you didn’t’ check in with him when you were out with your friends, stand your ground. Don’t give into his demands if you don’t feel like you didn’t anything wrong.

Depending on his level of possessiveness or even the length of the relationship, he may be distant for a few days, somewhat passive aggressive, even worse he may throw a fit, refuse to talk to you for days, trying to manipulate you.

But the point is that you cannot give in, no matter how guilty he may make you feel or how much he may say he loves you. You have to go with your gut and trust your instincts, no matter what. When you start changing things about yourself to try to win the affection of another, that is a huge red flag.

You must learn how to separate yourself from your possessive boyfriend’s issues, which more often than not stem from his own feelings of insecurity and inadequacy. Don’t make his issues your own.

The more you respond to his possession and jealousy, the more his insecurity will wear off on you. You will start doubting yourself—your intelligence, your talents, your beauty, your personality, whatever it may be.

Keep a close circle of trusted, unbiased friends around. When things go awry, when something makes you uncomfortable, confide in your friends. Get a different perspective, no matter how much he may discount or belittle them. And if they are telling you the same thing you are feeling, don’t deny it.

Most likely you’ve been friends with them for much longer than you’ve gone out with this boyfriend. And I know for a fact, that you’ve known yourself longer than both of them combined. Have the guts to trust yourself, especially if those closest to you feel the same.

Don’t try to mend something that was a lemon from the beginning – it will never be fixed. Appeasing will only waste your time. As much as your boyfriend may claim that he only acts like this because he loves you, learn first and foremost that possession is not love. It is the exact opposite. If he truly loved you, he would love and accept everything about you, not be trying to change them.

Share
Previous Are You Dating A Possessive Girlfriend?
Next 13 Ways To Tell A Guy You Are Interested In Him