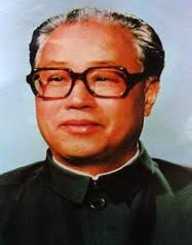 Zhao Ziyang was the third Prime Minister of the People’s Republic of China.

Zhao Ziyang was born Zhao Xicheng in 1919. His father was a wealthy landlord in the province of Henan. His primary schooling was in his native Huaxian hometown. Afterward, he advanced his studies in two towns Kaifeng and Wuhan.

Zhao Ziyang was attracted to politics very early in life. He joined the Communist Party Youth League in 1932. He was welcomed into the mainstream Chinese Communist Party in at the age of 18. Zhao served in the military during the Chinese war with Japan. When the government of Chiang Kai-Shek fled to Taiwan, Zhao relocated to the southern province of Guangdong.

In 1965, Zhao was elected the First Party Secretary of the region. This effectively made him the Governor of the province. As the party leader in Guangdong, Zhao was particularly keen on progressive policies. He gave some civil liberties to the region contrary to the rest of the nation.

When the Chinese Cultural Revolution started in 1966, Zhao Ziyang was the target of the Red Army. He was young, son of a former landowner, and was more liberal in his politics. The most significant was Zhao was not a member of the Communist Party’s Central Committee. All this made him a suspect an easy target for his detractors. He was hounded out of office and exiled in a labor factory like other dissidents of the state.

In 1976 Zhao was transferred by the new Prime Minister Deng Xiaoping. Xiaoping was more liberal and was keen to surround himself with members of the same ideology. Zhao was again made the leader of the province. Boosted by the patronage of Xiaoping, Zhao went back to his liberal politics. He was made an ex officio member of the Central Committee of the Communist Party, the highest organ of the party. In April 1980, he became Vice Prime Minister. Some few months later in September 1980, Zhao was made Prime Minister of the People’s Republic of China.

As premier, Zhao Ziyang rolled out the progressive policies to the entire republic. His ideas were widely embraced by the rural community. They enjoyed some limited autonomy over their land use. Industrial management was also eased by his administration. Thus, China witnessed more food sufficiency and the rise of industrial stability. It was during his administration that China emerged as a global competitor in economics.

Zhao was also favored by the west for his pragmatic policies. Zhao used this relationship to help get many Chinese students to get an education in western universities especially the US. With the return of the students, Zhao’s China became an economic giant in the world.

When the party elite pushed out Hu Yaobang from office at the beginning of 1987, Zhao Ziyang replaced him on a caretaker basis. Zhao was confirmed to the secretary general office in November 1987, and the Central committee made Li Peng the Prime Minister. Zhao continued with his pragmatism despite the disquiet from the party elite.

Hu Yaobang died in 1989 under suspicious circumstances. The university student bodies reacted by calling countrywide protests. The protests were first seen in Tiananmen Square in Beijing. As the protest grew in Beijing, a rift merged within the party. Premier Peng called for a repressive crackdown, while Zhao wanted a moderate response. The stalemate gave the student leaders more time to spread their demonstrations beyond Beijing.

Li Peng had his way. Under martial law, the protests were dealt with by the military. Zhao Ziyang was removed from the party‘s Central Committee and put under house arrest.

Zhao Ziyang died while under house arrest on 17th January 2005. He left behind his wife and five of his children. Posthumously a book in his honor was published with the title Prisoner of the State: The Secret Journal of Premier Zhao Ziyang.